Man, 19, charged with attempted murder after shooting in Weston 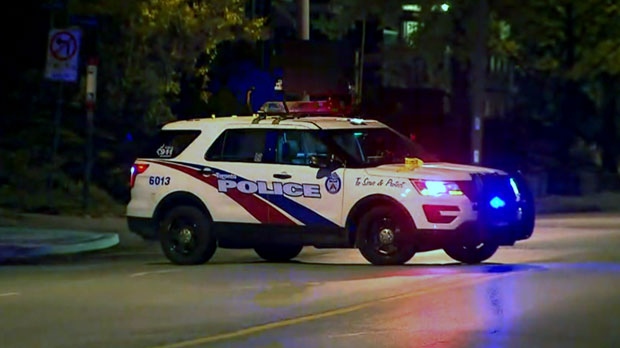 A 19-year-old Toronto man is facing 18 charges in connection to two shooting incidents in Etobicoke and the Weston area over the last three weeks, one of which critically injured a man.

On Nov. 23 at about 6:30 p.m., Toronto police say they were called a townhouse unit in the Scarlett Road and Eglinton Avenue West area for a report of a shooting.

Investigators say that four men drove to the area in a Honda Civic, later found to be stolen.

Two men got out of the car and walked to a townhouse unit, where one man allegedly fired at least one round from a handgun into the townhome’s door.

The men all fled the scene in the stolen Civic, police said.

On Dec. 3, at 1:45 p.m. in the afternoon, police were called to Weston Road and Lawrence Avenue West for a report of a shooting.

Emergency crews arrived to find a man suffering multiple gunshot wounds to his neck and shoulder. He was rushed to hospital in life-threatening condition where he remained on Tuesday.

On Monday, police arrested a suspect identified as Abdullahi Mohamed and alleged he pulled the trigger in both incidents.

He faces one count of attempted murder, along with other charges including aggravated assault, carrying a concealed weapon, pointing a firearm, and various other firearms offences.

He is scheduled to appear in court at 2201 Finch Avenue West on Tuesday morning.