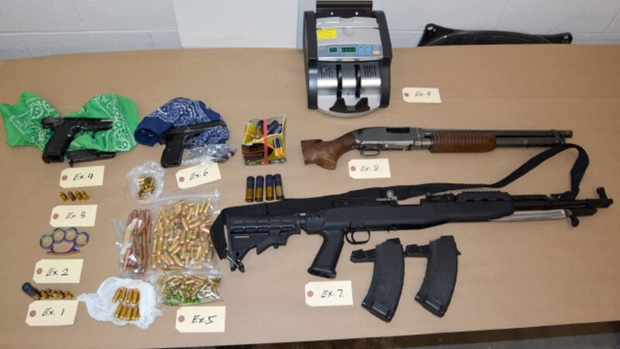 Four firearms and ammunition seized near Yonge and Eglinton on Dec. 21 are shown in a TPS handout image.

A 25-year-old Toronto man has been charged with a raft of offences in connection with the discovery of guns inside a Cadillac parked near the city’s Yonge and Eglinton area last month.

Toronto police say that on Dec. 21, they began investigating a white 1992 Cadillac DeVille sedan located in the Yonge and Eglinton area.

They later searched the vehicle and allegedly found four guns, brass knuckles and a large amount of ammunition of various calibres inside.

On Tuesday, Jan. 8, police say they arrested a suspect they identified as David Leonard Abraham.

He was charged with 22 offences including possession of a prohibited or restricted firearm, tampering with a serial number, possession of a firearm obtained by crime and careless storage of ammunition.

He appeared in court at College Park on Jan. 9.