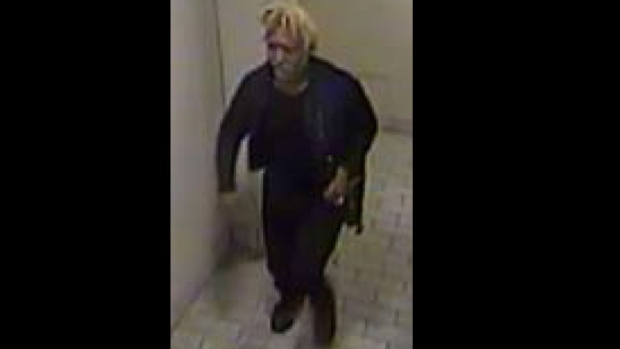 A surveillance camera image of a man wanted in connection with an indecent act investigation is seen. (Peel Regional Police)

Police said they are searching for a man who allegedly exposed himself and performed an indecent act in front of a 31-year-old woman doing laundry in Mississauga last month.

On April 16 at around 5:30 p.m., a woman was folding clothes in the laundry room of an apartment building, located in the area of Cawthra Road and Dundas Street East, when a male, who was unknown to her, entered the room.

Investigators allege the man took off his clothes and exposed himself before performing an indecent act.

The woman then left the laundry room and the male also left a short time after.

Peel Regional Police released a surveillance camera image of a suspect wanted in connection with the investigation on Wednesday in an effort to locate him. He has been described as a six-foot black man with a medium build, blond hair and a blond goatee.

At the time of the alleged incident, he was wearing dark clothing.