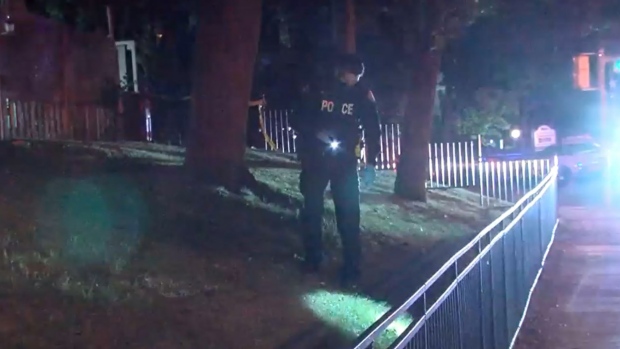 A TPS officer is seen searching some grass after a shooting in Flemingdon Park on June 23, 2021. (CP24)

A man and woman are in serious condition after they were both shot in Toronto’s Flemingdon Park neighbourhood early on Wednesday morning.

Just after midnight, police say they received multiple calls for a shooting at St. Dennis Drive and Don Mills Road.

They arrived to find a man and a woman suffering from gun shot wounds.

Paramedics said both were transported to hospital in serious but non-life-threatening condition.

Police taped off a section of St. Dennis Drive for an investigation, which involved a police dog at one point.

Anyone with information is asked to call investigators.