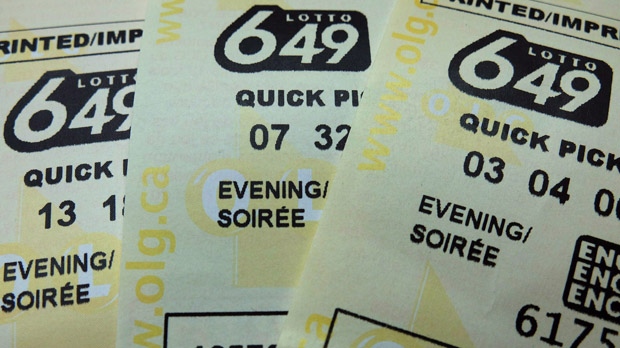 Lotto 649 tickets are shown in Toronto in a recent photo. (The Canadian Press/Richard Plume)

Provincial police say a man is facing charges after he allegedly tried to cash in stolen lottery tickets in Erin, Ont.

Police say a person reported drills, a wallet and lottery tickets had been stolen from two vehicles on Monday.

They say that on Tuesday, officers learned that a man was trying to cash in the tickets at a local store.

Police say a 25-year-old man was charged with possession of stolen property.

He's scheduled to appear in court next month.