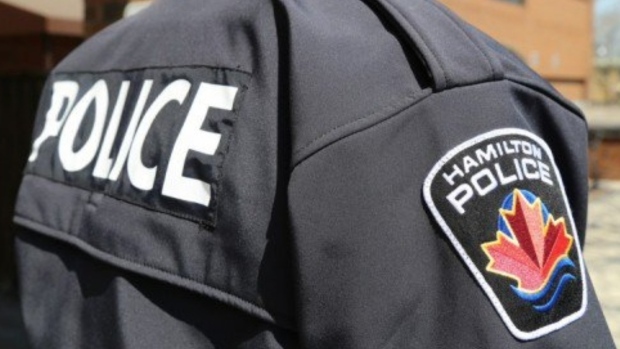 A Hamilton Police officer is seen in this undated photo. (Twitter/@HamiltonPolice)

A man has been charged after Hamilton police seized an explosive device in an incident on Sunday evening that prompted authorities to close roads and order some residents to evacuate their homes.

Police said they were called to the Ottawa Street North and Cannon Street East area before 7:30 p.m.

When they arrived, officers discovered that a man “had what appeared to be an explosive device.”

Officers taped off the area and closed the roads while they investigated. Some residents were also evacuated, while others were put under a shelter in place.

Police said the explosive disposal unit attended the scene, examined the device and safely retrieved it. The man was arrested.

On Monday, police announced that a 50-year-old man was charged with making or possessing explosives for unlawful purpose and uttering threat to cause death or bodily harm.

Last week, in a separate incident, a 19-year-old Toronto man was charged after a homemade explosive device was detonated at a mall in Newmarket. No one was injured.