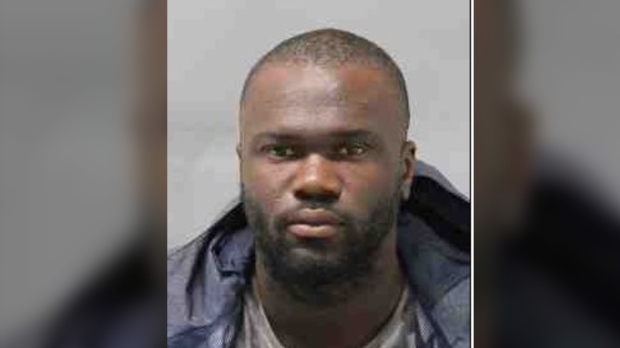 Jimmie Garley, 29, has been arrested and charged after a 10-year-old girl was allegedly spat on and her mother was struck downtown Sunday morning. (TPS handout)

Toronto police have made an arrest after a young girl was allegedly spat at by a man downtown on Sunday.

Police said they responded to an assault in the area of Yonge and Gould streets at around 1:10 a.m.

A man allegedly approached a 10-year-old girl who was with her mother, spat at the girl and struck her mother, police said.

Nearby pedestrians chased the man away, police said, and officers began a search for the suspect.

Police said the man was found and arrested Sunday afternoon.

Toronto resident Jimmie Garley, 29, has been charged with two counts of assault and breach of his recognizance.

Garley was scheduled to appear in court for bail on Monday.

Investigators said they would like to speak to any witnesses of the incident.