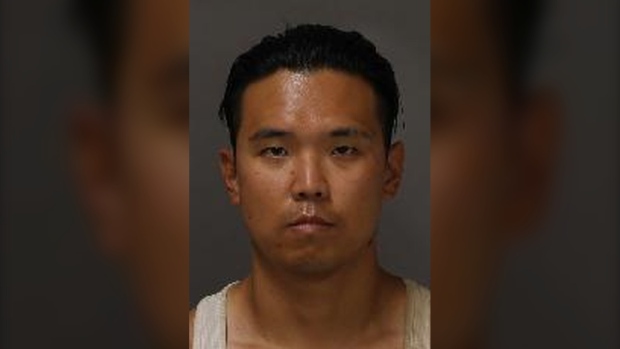 Michael Park, 32, of Toronto is pictured in this photo released by Toronto police. (Toronto Police Service)

Toronto police have issued a surety warrant for a man charged in two separate attacks targeting the city’s Jewish community earlier this month.

In a news release issued Friday, police said that Michael Park, 32, was “originally” released on bail with a surety, but added that this is “no longer the case.”

The first incident occurred on July 6 at 8 a.m. at Stanley Park, in the area of King Street West and Walnut Avenue.

At that time, police said that a man with a non-permanent drawing of a swastika on his chest was yelling anti-Semitic slurs towards an individual.

The man then allegedly assaulted a person by throwing an unidentified object at them. The suspect was located by police in a nearby area and arrested. He was charged with interfere with use and enjoyment of park by others, use profane/abusive language in park, and assault with a weapon.

Four days later, police said officers responded to a call for an assault near Yonge Street and Glen Elm Street at 10:30 a.m.

In that incident, police said the suspect was walking northbound on Yonge Street when he showed a victim walking in the opposite direction a non-permanent drawing of a swastika on his chest.

The suspect then began hurling anti-Semitic slurs at a group of people, according to police, before being confronted by the victim about his language.

Police said the victim was punched “multiple times” by the man.

He was located by police a short distance away and was arrested. He was charged with assault. 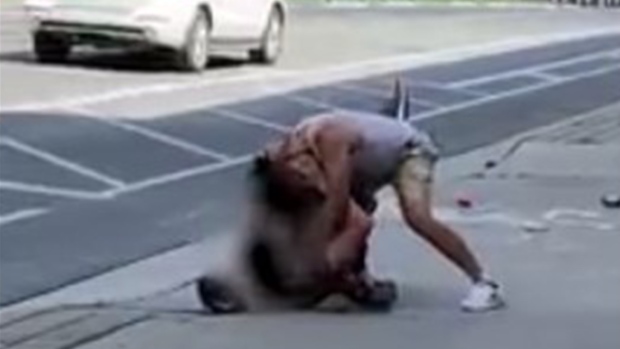 Last week, the UJA Federation of Greater Toronto released videos of both incidents, which they said pointed to an “alarming rise” in hate-motivated harassment.

"Like all members of society, Jews should be able to walk down the street with confidence in our safety and security,” the group said in a statement.

“Antisemitism is a scourge that is quickly spreading throughout Canada and around the world. Over the past few months, Jewish Canadians - already the most targeted religious minority in this country according to Statistics Canada - have witnessed an alarming rise in hate-motivated harassment, vandalism, and assault.”

According to Toronto police, Jews were targeted in approximately 30 per cent of all hate crimes in the city in 2020, the highest proportion of any one group.

Both incidents are being treated as hate motivated following consultation with the Toronto Police Service’s specialized Hate Crime Unit.

Police could not provide CTV News Toronto with any specifics regarding Park's original bail only saying that "the surety is no longer in place.”

Park should be considered dangerous, police said. If seen, members of the public are asked not to approach him but instead call 911.

Anyone with information related to the investigations is asked to contact police or Crime Stoppers.

With files from CP24’s Joshua Freeman