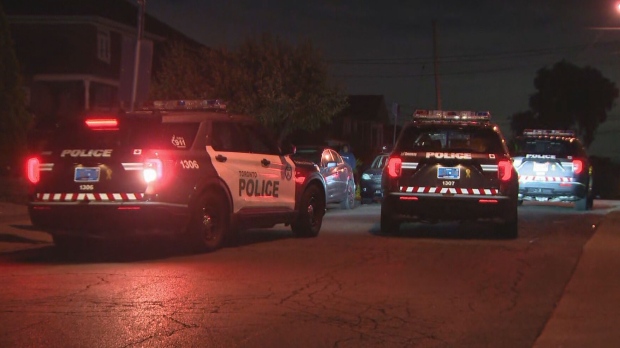 There was a notable police presence early Sunday morning near Dufferin Street and Rogers Road as police investigated a stabbing.

A man was rushed to hospital early this morning following a stabbing in Toronto’s west end.

The incident happened around 2:15 a.m. in York, near Dufferin Street and Rogers Road.

At the scene, officers reportedly found a man in front of a building with stab wounds.

Toronto paramedics said they transported an adult male to a local trauma centre. The victim was initially listed in serious, but stable, condition, they said. His injuries have since been upgraded to life-threatening.

Police do not have any details available about suspect(s) at this time.

Roads were temporarily closed in the immediate area, but have since reopened.