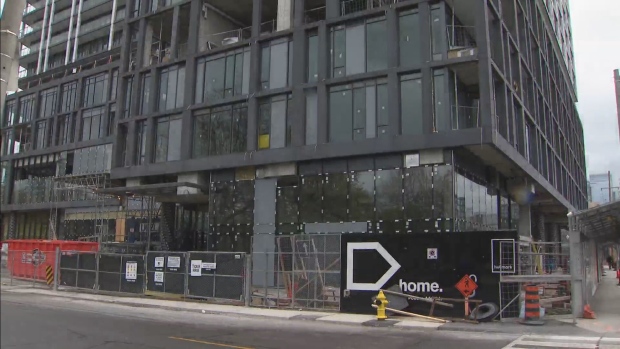 A man is dead after an industrial accident in downtown Toronto.

A man is dead after he was severely injured in an industrial accident downtown on Wednesday afternoon, according to Toronto Police.

Shortly after 2:40 p.m., police received a call about an industrial accident on Power Street, near Adelaide Street East.

A concrete bucket reportedly fell on a worker at a construction site, police said.

The worker was transported to hospital via emergency run with life-threatening injuries, and has since been pronounced.

His identity has not been released.

The cause of the incident is unknown.

In a statement, the Ministry of Labour said an inspector has been assigned to the incident and the investigation is ongoing.