A man is dead and a woman is in serious condition after they were both stabbed In Scarborough’s Port Union area late on Monday night.

Toronto police say they were called to Port Union Road and Fanfare Avenue, after passersby found a woman in a residential area suffering serious injuries.

A man was also found in the back yard of a nearby home suffering from life-threatening stab wounds.

He was later pronounced dead at the scene. 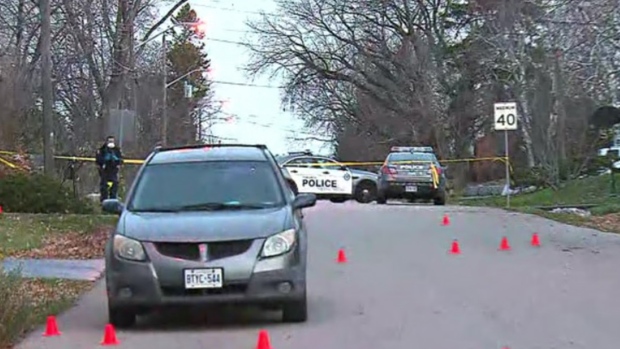 Police said it appears the woman and the man got into an altercation and the woman fled her home to a neighbour’s home several doors down the street.

Investigators said the injured woman was taken into custody and there are no other suspects outstanding.

Police did not comment on the ages or relationship of the two people involved.

Forensics officers were seen Tuesday morning examining the living room of a home near where the man and woman were found.