Man dies after being pulled from Lake Ontario; search for missing man turns to recovery effort

A man who was pulled from the waters near Bluffer's Park has died, and the search for his brother who went missing in Lake Ontario has turned into a recovery mission, Toronto police say.

Emergency crews were initially called to the lake just before 7:30 p.m. for reports of a 10-year-old boy in the water.

Police said two men jumped into the water and pulled the boy to safety. The child suffered minor bruises while the men suffered non-life-threatening injuries.

One of them, a man in his 30s, was taken to hospital in serious, but non-life-threatening condition, Toronto paramedics said. 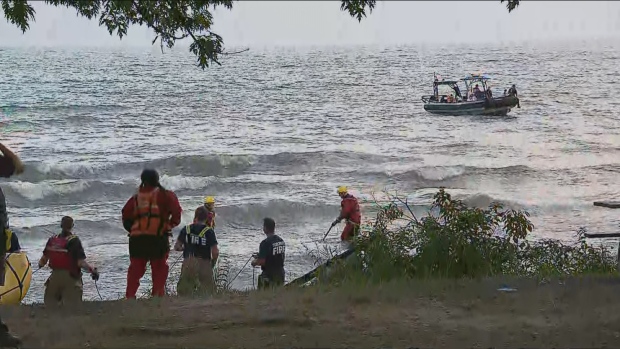 While responding to that incident, emergency crews received another call for rescue from two brothers who were nearby, struggling to get back to the shore.

"While fire and lifeguards were out rescuing a child, they also saw two gentlemen that were about 70 yards out from the shore," said Insp. Stacey Davis.

One of the brothers, a 30-year-old, was later located, she said, and lifesaving measures were attempted.

The victim was then transported to the hospital, where he was later pronounced dead.

At this time, his 23-year-old brother remains unaccounted. 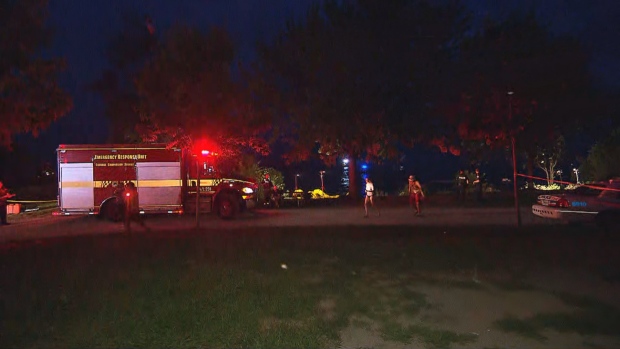 Davis said the Toronto police marine unit and Toronto fire, along with members of the Coast Guard, continue to search for him.

"We are trying to recover our victim right now," she said.

Davis said they are going to be at the scene all night.

"Whether or not we scale back, that's going to depend on the conditions, and we'll take our cue from the Coast Guard at this point. But we will be here all night, and if we are unsuccessful, we will resume the search in the morning."

Davis noted that they have called victim services to help the family.

"Obviously, they're distraught," she said. "They don't exactly want to leave right now because we are still searching for their other son."