Man facing impaired charges after being stopped driving car with no tire in Richmond Hill: YRP 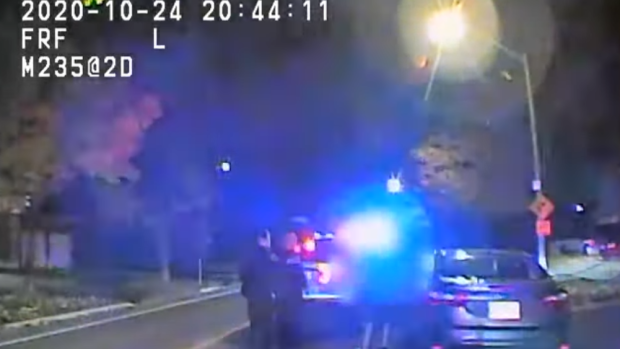 Police arrested an alleged impaired driver in Richmond Hill after being spotted driving with no tire.

A 27-year-old man has been charged with impaired driving after he was spotted driving on the rim in Richmond Hill on Sunday allegedly under the influence of methamphetamine and fentanyl.

York Regional Police said they received multiple 911 calls from concerned citizens just after 8:30 p.m. about a suspected impaired driver in the area of Valleymede Drive and Redstone Road.

According to callers, a car was all over the road with its trunk open and tires blown out and repeatedly hit the curb, causing its bumper to fall off.

A police dashcam video released by police on Friday shows the alleged impaired driver being arrested.

In the video, the driver could be heard telling the responding officers that he is trying to deal with a flat tire.

“You don’t have a flat tire. You have no tire,” an officer informed the driver. “Were you driving like that?”

The driver says, “I just realized that it was making a lot of noise.”

When the officer asked the driver how much alcohol he had that night, he said he did not drink.

“So, what’s that in your centre console,” another officer asks.

Police allege they saw cannabis and observed a plastic cup filled with what appeared to be alcohol.

The driver failed a drug test and was arrested, police said.

Police said they have received more than 900 impaired driving calls so far this year.