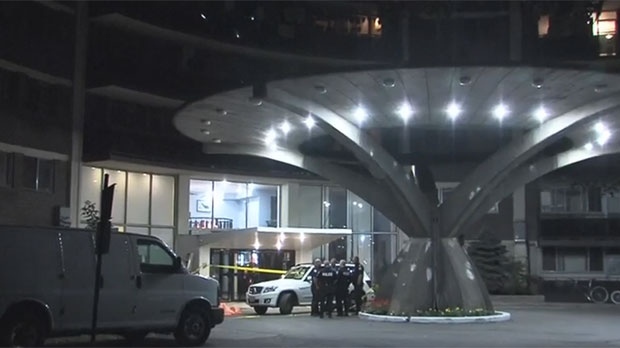 Police have launched a suspicious death investigation after a body was discovered in Parkdale.

Toronto police now say a man found dead on the driveway of a Parkdale apartment tower late Saturday night was involved in a fight and fell to his death.

The man’s body was reportedly discovered outside of a building on West Lodge Avenue, near Queen Street and Lansdowne Avenue after 11:30 p.m. Saturday.

Police say they believe the man was involved in some sort of altercation on a balcony of the building and then fell to his death.

Investigators have not provided the identity of the deceased. They are treating the incident as the city’s 75th homicide of the year.

A post-mortem examination of the man’s body is scheduled for Monday.