Man in his 20s in serious condition after Etobicoke shooting 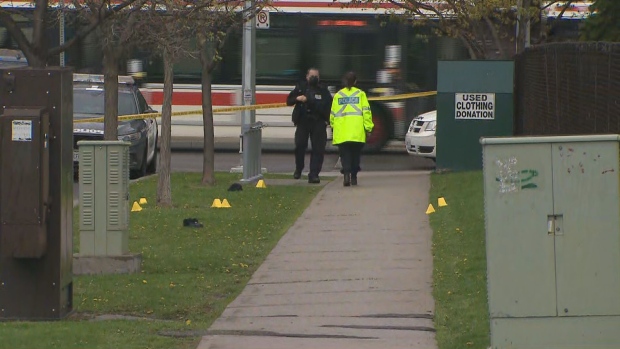 A man is in serious condition following a shooting in Etobicoke Wednesday afternoon.

A man in his 20s is in serious condition following a shooting in Etobicoke on Wednesday afternoon, Toronto paramedics say.

At around 2 p.m., officers responded to reports of several shots fired in the area of The East Mall and Rathburn Road.

A man was found with gunshot wounds at the scene, Toronto police said.

The man was transported to a trauma centre with serious but non-life threatening injuries, according to paramedics.

No information on suspects has been released.

There is a large police presence at the scene as the investigation continues.

No road closures are in effect.