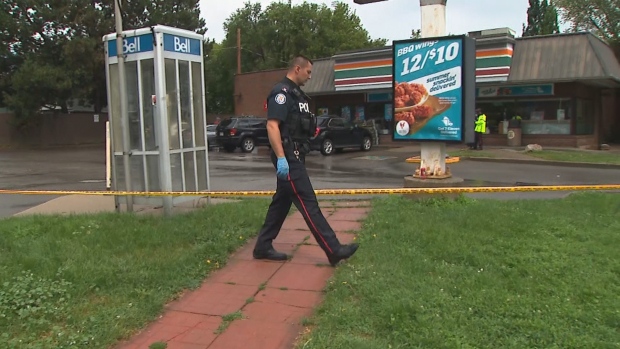 Police investigate a shooting in Etobicoke on Aug. 2, 2020.

A man was injured after shots rang out in Etobicoke's Mimico area on Sunday morning, paramedics said.

Emergency crews were called to the corner of Lake Shore Boulevard West and Mimico Avenue at 11 a.m. for a report of multiple shots fired.

Paramedics said they arrived to find a man suffering from minor injuries.

He was last seen running west on Lake Shore Boulevard.