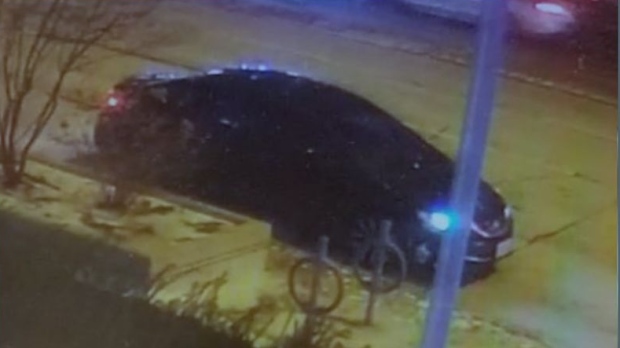 Toronto police have released a photo of a vehicle wanted in connection with a kidnapping and robbery investigation. (Toronto Police Service handout)

Police are searching for three suspects who allegedly kidnapped and robbed a man who thought he was being picked up by a driver he ordered through a ride-sharing app.

At around 9:35 p.m. on Feb. 8, police say a black, four-door sedan pulled up to a man in the area of Yonge Street and Sheppard Avenue.

Police say the man assumed that the vehicle was one he had ordered through a ride-sharing app so he got into the vehicle.

The man was allegedly accosted by three suspects inside the vehicle.

The suspects then dropped the victim off nearby, police say.

Detailed suspect descriptions have not been provided by police but investigators have released a photo of the vehicle wanted in connection with the incident.

Anyone with information about the case is asked to contact police or Crime Stoppers.