Man rushed to hospital after being found seriously hurt in Etobicoke 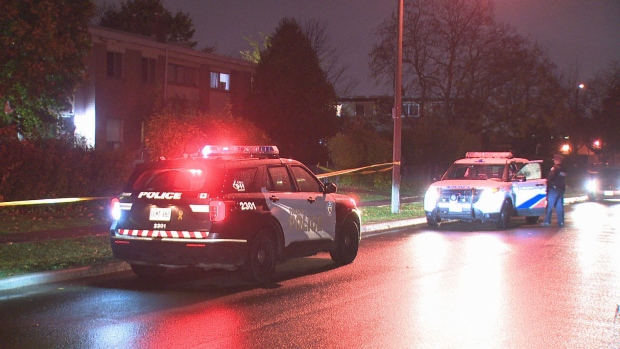 Police are investigating after a man was found seriously hurt in Etobicoke.

A man was rushed to hospital after being found with critical injuries in Etobicoke Thursday evening.

Emergency crews were called to the area of Mount Olive and Silverstone drives, east of Martin Grove Road, shortly before 7:30 p.m. following reports that a man had been assaulted.

When officers arrived, they found the victim unconscious and suffering from a head injury.

Toronto paramedics said the victim was transported to hospital in life-threatening condition.

Police said it is unclear at this time what caused the man’s injuries.