Man seriously hurt after being struck by vehicle in Scarborough 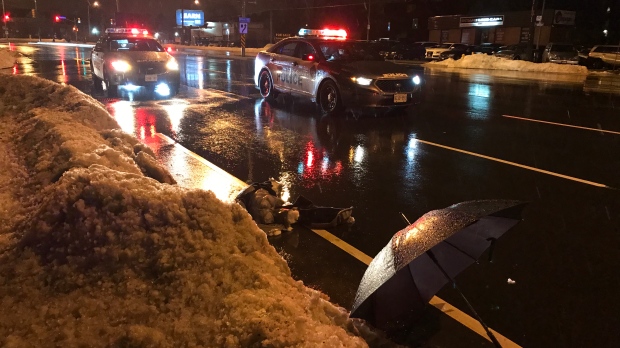 Toronto police are investigating after a male pedestrian was struck by a vehicle near Kingston and Morningside.

A male pedestrian has been seriously injured after being hit by a vehicle in Scarborough.

Emergency crews were called to the area of Kingston Road and West Hill Drive, just east of Morningside Avenue, just before 8 p.m. for reports of a crash.

Police said a man believed to be in his 60s suffered an injury to his head.

He was transported to a trauma centre in serious condition, paramedics said.