A man believed to be in his 40s has been seriously injured after a stabbing in North York on Saturday morning.

Emergency crews were called to a plaza in the area of Keele Street and Grandravine Drive, near Sheppard Avenue West, around 6 a.m.

When officers arrived at the scene, they located the victim with multiple stab wounds. He was transported to a trauma centre for treatment, paramedics said. 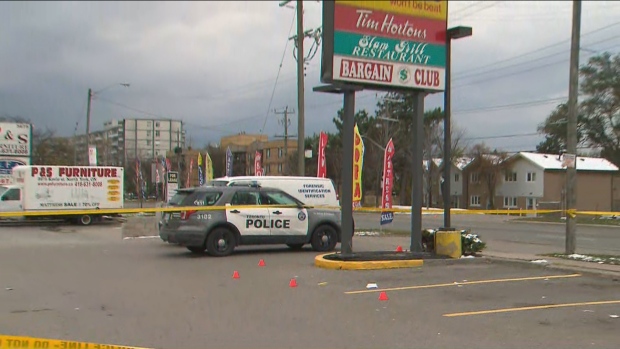 Police believe that after the man was stabbed, he ran across the street to a nearby apartment building. Investigators have taped off both areas and are searching for evidence.

No further details have been released regarding suspects in the investigation.