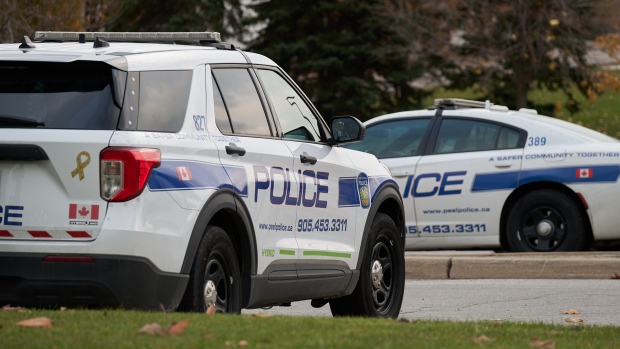 A man has been taken to a trauma centre after a stabbing in Brampton on Saturday afternoon.

Peel police responded to a stabbing in the area of Queen and Laurelcrest streets shortly after 1 p.m.

When they arrived, Peel paramedics said they found a man in his 50s stabbed in the neck.

He was transported to the hospital with serious, non-life-threatening injuries.

Police said the suspect fled the scene but was later located and taken into custody.