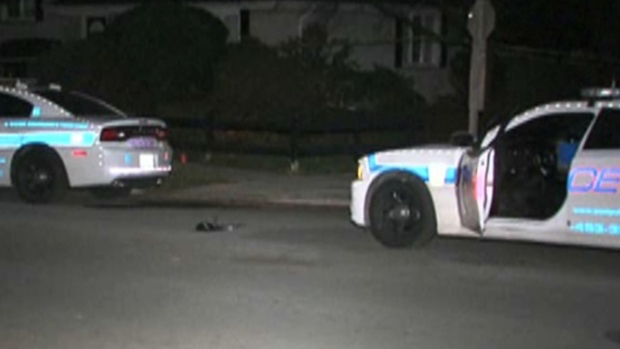 Peel Police have charged a 26-year-old man shot by officers over the weekend with uttering threats and possession of a fake weapon.

The man was shot at a home near Golden Orchard Drive and Grand Forks Road at around 1 a.m. Nov. 14 after they responded to a call about an emotionally disturbed person.

He was taken to a hospital with non-life-threatening injuries where he is currently recovering.

According to a published report, the man was threatening to detonate a fake suicide vest at the time of the incident. However Peel police would not confirm the detail Tuesday, citing an ongoing probe of the case by the province’s Special Investigations Unit.

No one else was injured in the incident.

Police say Hamza Mohamed Abdi of Mississauga has been charged with possession of an imitation weapon for a dangerous purpose, two counts of uttering threats to cause death or bodily harm and failing to comply with recognizance.

Three investigators and two forensic investigators from the SIU are looking into the case. The SIU is an arm’s length agency called in to investigate whenever police are involved in a death or serious injury or allegations of sexual assault.