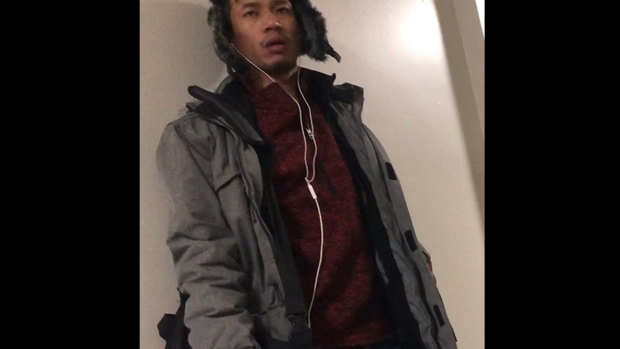 A man wanted in a sexual assault investigation in North York on Jan. 24, 2020 is shown in a TPS handout image.

Toronto police are looking for a male suspect after a woman was sexually assaulted in the common area of her apartment tower last week.

On Jan. 24 at about 12:30 a.m., police say they were called to a building in the Bathurst Street and Finch Avenue West area, for a report of a sexual assault.

A 20-year-old woman told police she was entering her apartment building, when an unknown male suspect followed her inside.

He then allegedly approached her from behind and sexually assaulted her.

The suspect then fled the scene before police arrived.

He is described as 25-30-years-old, standing between five-feet-two and five-feet-four inches tall, with a medium build.

His image was released to the public on Monday.