A man wanted in connection with a fatal shooting in downtown Toronto in October has been arrested.

Toronto police had been looking for 28-year-old Sarkis Sogutlu since he was identified as the suspect in the Oct. 22 shooting in the area of Queen Street West and Augusta Avenue.

At the time, police said they received reports of gunshots fired, and when they arrived in the area, officers located 38-year-old Peter Alexandros Madimenos with a gunshot wound. 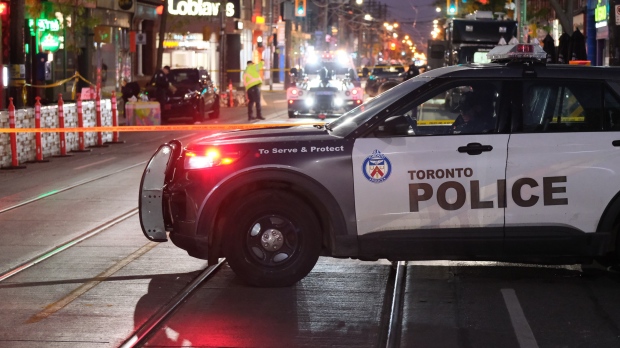 Homicide investigators later issued a Canada-wide warrant for Sogutlu, and on Tuesday, police said he was arrested in Mississauga.

Sogutlu has been charged with second-degree murder. He is scheduled to appear in court on Wednesday.