Man taken to hospital with serious injuries after stabbing in Fairbank 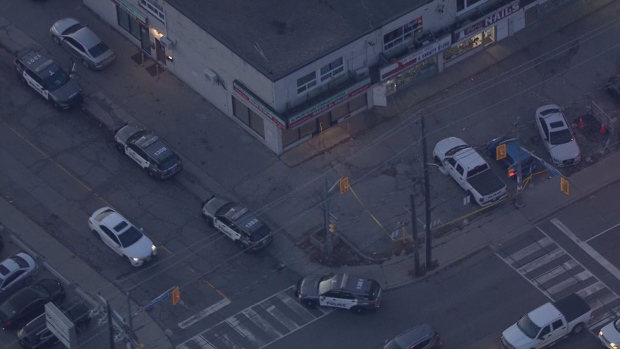 Toronto police are investigating a stabbing near Dufferin and Eglinton. (Chopper 24)

A man has been seriously injured after being stabbed in the city’s Fairbank neighbourhood on Friday afternoon.

Toronto police say the stabbing occurred in the area of Dufferin Street and Schell Avenue, north of Eglinton Avenue West, just after 4 p.m.

When officers arrived, a male victim with stab wounds was located and transported to hospital with serious but non-life-threatening injuries.

Police say they are looking for a suspect described as a Black male, five-foot-ten with a slim build.

He was seen wearing all-black clothing and construction boots. Police say the suspect was carrying a black backpack.