Man wanted after allegedly exposing himself to woman, her two young children in Richmond Hill 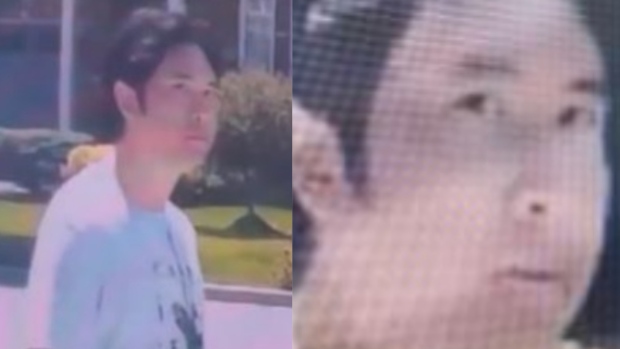 A suspect who allegedly exposed himself to multiple people in Richmond Hill last weekend in wanted by police. (YRP)

Police in York Region are looking for a man who allegedly exposed himself to a number of people in the area over the weekend, including a mother and her young children.

In a news release, investigators said the first incident occurred on July 2 at approximately 10:25 a.m. at Alias Grace Park, near Yonge Street and Gamble Road, in Richmond Hill.

At that time, police allege a mother and her two young children were in the park when a male suspect approached them.

The suspect then pulled down his pants and exposed himself to the family, police said.

Police said that a day later, they received three additional reports of a suspect with the same description exposing himself to people in the area of Valmont Avenue and Waterstone Street.

Images of the suspect were released by investigators on Monday in an effort to identify him.

He is described by police as a man in his 20s or 30s of East Asian descent. He stands five-foot-seven inches tall, weighs 170 lbs and has short black hair.

Anyone with information related to any of the reported incidents is asked to call York Regional Police at 1-866-876-5423, ext.7241 or Crime Stoppers.