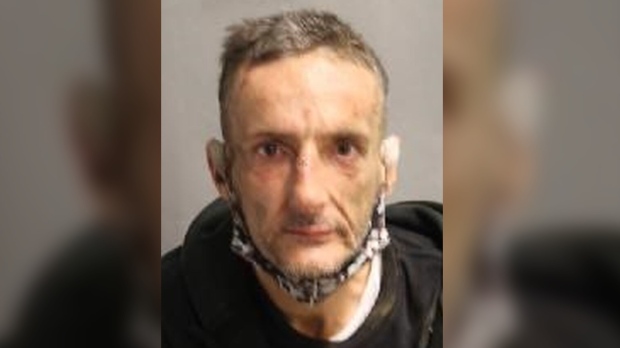 Toronto resident Douglas MacDonald is wanted for allegedly assaulting a woman in her apartment last month.

Toronto police are searching for a man after a woman was allegedly violently assaulted in her east end apartment last month.

On May 15, police responded to a call for an assault with a weapon in the area of Carlaw Avenue and Queen Street at around 10 p.m.

It’s reported that a man entered a woman’s apartment and pepper sprayed her in the face, police said.

The man left the apartment but returned the next day and choked her, according to investigators.

Toronto resident Douglas MacDonald, 53, is wanted on several charges, including assault with a weapon, unlawfully in a dwelling, assault/choking and fail to comply with probation.

Investigators are appealing to MacDonald to surrender to police.