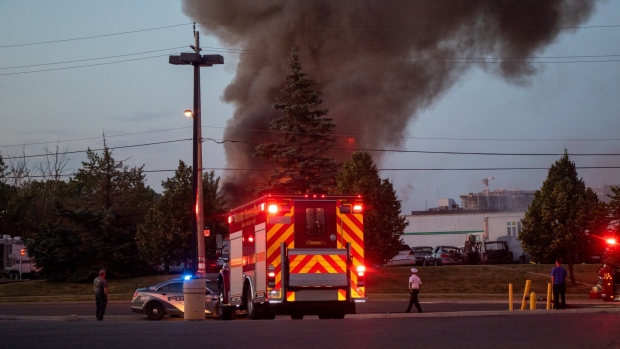 Smoke is seen billowing from a fire on Champagne Drive in North York on Tuesday. (Twitter/@directorpaul)

An investigation is underway after an early-morning fire at a tow yard in North York engulfed numerous vehicles, including several tractor trailers.

Firefighters were first dispatched to the lot on Champagne Drive in the Finch Avenue and Dufferin Street area at around 5 a.m. for reports of a large fire and the sound of explosions..

The cause of the blaze remains unknown, though police will be looking into whether there may be any connection to a number of recent arsons and shootings related to a turf war for control of the tow truck industry.