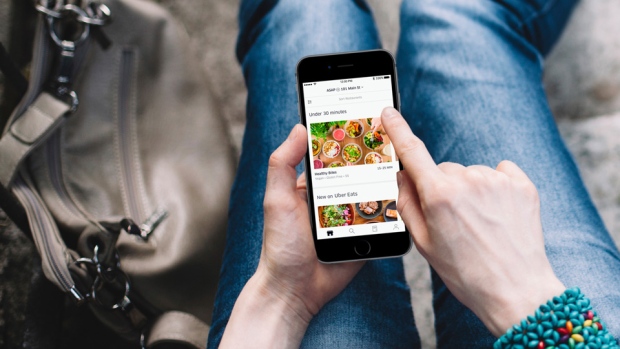 Toronto’s mayor is supporting a motion that asks the provincial government to cap commission fees for food delivery service companies, adding that it’s “one piece of the puzzle” in keeping restaurants afloat during the COVID-19 pandemic.

Speaking with CP24 Monday evening, John Tory said that following much discussion about the impact of delivery service commission, he had hoped companies would have reduced rates for customers in COVID-19 hot spots.

“You got to hope that corporations have the good sense to do something on their own without being forced to do it, but then you realize sometimes they're just not really listening and so you have to do it for them,” Tory said.

“We all want these restaurants to stay viable and stay open and keep people employed and this is one way.”

The motion, put forward by City Councillor Michael Ford, is expected to be presented at this week's city council meeting.

Toronto’s restaurant industry has been hit hard by the COVID-19 pandemic. Indoor dining was shuttered for months during the first wave of the disease, and just as they had begun to reopen, the province closed them down again.

Toronto is one of four regions that were reverted to a modified Stage 2 of Ontario’s economic reopening plan due to a spike in COVID-19 cases.

Under this version of Stage 2, indoor dining is prohibited and facilities such as gyms and cinemas have closed. Restaurants can still offer patio service as well as takeout.

“Over the past week alone, overall diner volumes in Toronto were down almost 90 (per cent) compared to the same time last year,” Michael Ford’s motion said. “A recent study also estimated that layoffs in the restaurant industry alone will be in the tens of thousands across our city.”

The councillor said that some food delivery services are charging restaurants up to 30 per cent in commission, something he says is “unsustainable.”

The proposal cites an estimate by Restaurants Canada, a not-for-profit association representing Canada's food service industry, that says without further supports, up to 40 per cent of independent restaurants may not be open past March 2021.

The city currently has a partnership with Ritual and DoorDash that will allow more than 1,000 local restaurants to deliver with those companies for free until Nov. 8.

While it can partner with food delivery companies, the City of Toronto does not have the municipal authority to cap commission for food service delivery companies. Their proposal asks the provincial government to take action on its behalf.

At a news conference last week, Ontario Premier Doug Ford made his own plea to food delivery companies, asking them to slash their commission rates in COVID-19 hot spots that have reverted back to Stage 2.

"I have a message for the big third party food delivery services like Uber Eats," the premier said. “It’s time for you to do your part."

"Please consider reducing the commission rates you charge the restaurants impacted by these new health measures.”

A spokesperson for Uber Eats told CTV News Toronto they have waived activation fees for restaurants, introduced a “daily payout feature” and has increased flexibility on marketplace fees, “including 0 per cent pick-up, 15 per cent for bring your own courier, and full-service with delivery people available on the Uber Eats platform."

The Ontario government has pledged $300 million to help businesses impacted by the second wave shutdown. The money will be used to help with fixed costs related to the business.