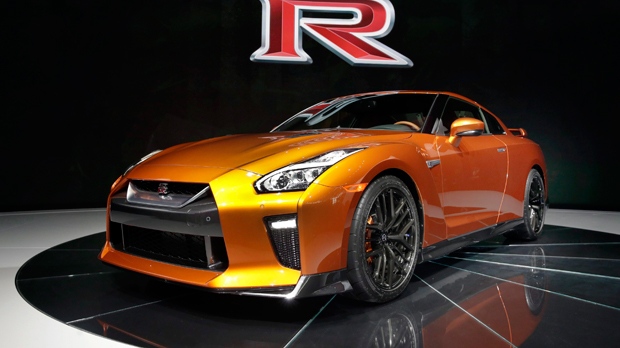 York Regional Police are looking for two men who allegedly dressed like police tactical officers in a bid to pull over and steal an American tourist’s sports car in Markham earlier this week.

The victim posted on Reddit that he was driving his Nissan GT-R sports car around 11 p.m. on Monday.

York Regional Police said the victim was in the area of Simonston Boulevard, north of Don Mills Road and Steeles Avenue.

The victim said that he pulled into a parking lot to turn around, when another vehicle pulled up behind him, blocking the entrance and exit to the lot.

He said “two males wearing full black uniforms similar to police riot gear with ski masks” got out and said they wanted to search his car because the area was “known for drug usage.”

He said they identified themselves as undercover Toronto police, despite the area being located in Markham.

One of the two men then started his vehicle after the other escorted the victim and another occupant of the car to sit on a nearby curb.

He said the fake cops told him they were starting his car in order to look for “illegal exhaust modifications.”

The pair then dashed into both the victim’s car and their own car and sped off.

“All of it happened in about one minute,” the victim said on Reddit. “The entire thing seemed extremely well planned, they even had radios and made fake police comms to what I assume was a fake police HQ on the other end.”

Investigators said the vehicle was equipped with GPS and they tracked it to Sarno Street in Vaughan, 30 kilometres west of it where it was stolen, approximately 12 hours later.

Police described the suspects as white males all clad in black with ski masks.

One stood about five-feet-nine inches tall while the other was about six-feet-tall.

They are sought for theft and impersonating police.