Two men who drugged and sexually assaulted a 24-year-old woman for hours inside a now-shuttered Toronto bar have each been sentenced to nine years in prison.

Gasps could be heard inside the courtroom when Justice Michael Dambrot read out his decision, ordering 44-year-old Gavin MacMillan and 34-year-old Enzo DeJesus Carrasco to serve seven years in prison for gang sexual assault and two years consecutively for administering a stupefying substance.

The charges stem from an incident at College Street Bar, a Little Italy establishment previously owned by MacMillan and managed by DeJesus Carrasco, on Dec. 14, 2016.

During the trial, the jury reviewed hours of graphic security footage from inside the bar on the night of the assault. 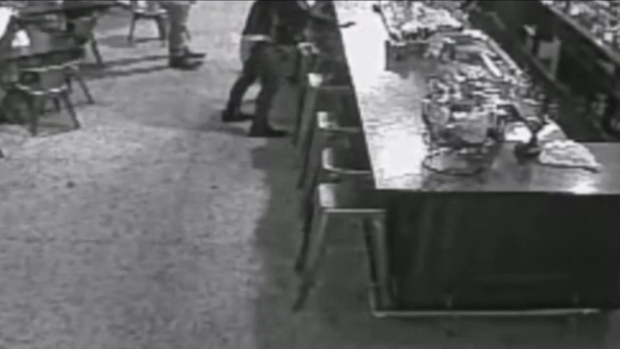 The Crown said the men sexually assaulted the victim, who cannot be identified under a court-ordered publication ban, in multiple different rooms over a period of at least six hours.

The victim was visiting Toronto at the time and had gone out that night to meet up with a friend.

Addressing the court on Wednesday, Dambrot called the attack a "prolonged, violent, and degrading sexual assault."

He said the suspects repeatedly dosed the victim with cocaine for the purpose of continuing to sexually assault her.

The judge noted that during the assault, the victim was "visibly and significantly" impaired and was seen stumbling and crashing into tables.

Dambrot said the two men kept the victim awake for their own sexual satisfaction and said it would have been evident to the men that she was not consenting.

"The offenders were callous to a degree that is difficult to comprehend," the judge said.

He added that while the events may have begun as a  "crime of opportunity," as time went on, "it became a well-orchestrated, deliberate, and horrendous crime."

He referred to the two accused as "predators" with a "deep sense of entitlement and a profound disrespect for the personal integrity of women." 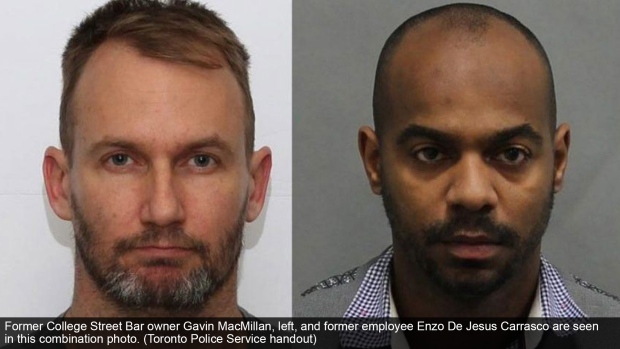 The victim was not present at the sentencing hearing but during a victim impact statement delivered to the court last month, her mother outlined the devastating impact the incident has had on her daughter.

She said for months following the assault, her daughter could barely leave the house and would sometimes stay in bed for days.

“To watch my baby who was full of love and spirt just existing...is just heart-wrenching.”

The Crown was initially seeking a 12-year sentence for each of the two accused, nine years for gang sexual assault and a consecutive sentence of three years for administering a stupefying drug.

Defence lawyers submitted that 12 to 24 months would have been more appropriate.

“Whenever a sentence like that is imposed, I think it goes without saying that a person is not going to be happy about that,” MacMillan's lawyer Sean Robichaud said outside the courthouse.

“Our work as trial counsel is over. We’ve already heard that Mr. MacMillan, as far as we understand, intends to appeal the decision and now we leave it in appellant counsel’s capable hands.”

The defence previously requested a mistrial on the basis of improper jury selection following the federal government’s changes to the jury selection process.

The judge dismissed the request, stating that the situation could be dealt with by the Ontario Court of Appeal, which recently ruled on a similar issue.

MacMillan filed a notice of appeal last month and DeJesus Carrasco reportedly filed one on Wednesday, referencing the use of the old jury selection process as one of the grounds.