Mental health, growth on minds of Durham voters ahead of Ontario election A sign announcing hiring sits at the General Motors facility in Oshawa, Ontario on Monday April 4, 2022. THE CANADIAN PRESS/Frank Gunn

If you’d asked most people four years ago to name the biggest crisis facing Oshawa, it would have been a no-brainer.

Mayor Dan Carter certainly remembers. It was days before he took office when General Motors announced that it was planning to effectively shut down operations at its Oshawa facility, wiping out 2,500 jobs.

“You can imagine as a first-term mayor three days before being sworn into office, that really scared the bejeebers out of me. And then a pandemic on top of it,” Carter says.

Almost two years later the plant was back. And today, Carter says, Oshawa “has been blessed with a huge economic boom.”

“We've seen a huge return on jobs, investment. Of course, the auto industry has played a significant role, the province investing in General Motors and their initiatives. That's really helped us rebound in regards to our local economy.”

He acknowledges, however, that the region still has “a long way to go” in terms of its recovery.

As voters get ready to head to the polls on June 2, Carter says he’s hearing a lot of fear and uncertainty when he talks to people.

“There's a lot of anger and fear out there in regards to what a lot of people have been going through in the last two-and-a-half years,” he says. “And that anger goes to, I think, fear that they have of the unknown.”

He says many people have lost businesses, jobs or savings at a time when they see the cost of living rising. The pandemic has also caused many people to rethink traditional ideas about where and how to live.

“It's a really unusual time right now. And it's very hard to be able to really get a sense of where the voters will turn,” he said.

While pocketbook issues are top of mind for voters, so is another issue which is not altogether unrelated.

“All communities large and small are being impacted by those individuals that are suffering with either mental health or addiction or both, and in many circumstances, individuals suffering with opiate-related illnesses,” Carter says. “We absolutely need a plan moving forward.”

The pandemic has also been tough on kids, exacerbating what was already a growing youth mental health problem pre-Covid.

“Even before COVID came along 20 per cent of our young people, or 20 per cent of our population would be suffering from some sort of mental health distress,” Durham District School Board Chair Carolyn Morton says. “It's even greater now. So everyone has to recognize that.” 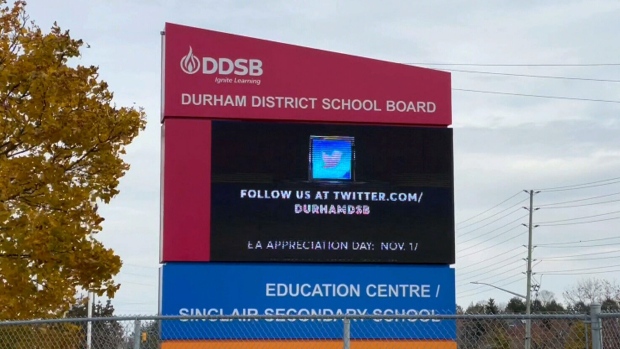 Morton says that while some students adapted well to online learning, many did not and parents want to see schools stay open.

She says she knows a number of people who have taken their own lives during the pandemic and others who have been hospitalized for problems such as eating disorders and calls the situation “tragic.”

“So many of our young people are struggling. When I talk about well-being, we usually think of physical well-being. No, I'm also thinking of mental, social, emotional well-being, Okay. Those are key.”

She says the mental well-being of students and staff needs to be better supported through additional funding for resources, such as more trained support staff in schools.

Carter notes that much of the discussion around mental health investments takes place at “a 50,000-foot level” and says he'd like to see concrete solutions such as more beds made available to treat addiction and mental health in in-patient settings.

He says he is “very concerned” that locally as well as nationally, the problem is reaching a "crisis level.”

But funding services is not the end of the problem, says former Whitby MP Celina Caesar-Chavannes, who currently serves on the Lakeridge Health Foundation board.

“Mental health services are always tough, right? Tough to access. And it's not necessarily something that can be just legislated.”

She points out that more needs to be done to ensure that enough people are being trained to provide the services that are needed.

She says there is also a need for culturally sensitive or culturally adaptive approaches to mental health services in Durham Region, pointing out that Ajax has the fastest growing Black population in Canada.

“Do we have within our catchment enough people who understand the impact of racism or oppression, or a different form of discrimination, to service individuals who have mental health issues from a cultural perspective? If we don't, then we should be incentivizing or communicating with the universities and colleges to intensify programs.”

Caesar-Chavannes echoes Carter’s assessment that many people are feeling weighed down by uncertainty and turmoil.

“They are now dealing with social and racial justice issues. Climate change hasn't gone anywhere. Geopolitical issues globally haven't gone anywhere. People are struggling and there has to be a priority placed on what has been the highest complaint out of the pandemic — mental health issues.”

As the region grows, it’s not just mental health services people are thinking about.

Carter points out that GO Transit’s Lakeshore East expansion would be “significant” for his community.

The Liberals, PCs and NDP are all pledging to expand GO service to Bowmanville.

“We need to see that project move forward,” he says. “So that's really important to my community, not only for transportation aspects, but it goes to the health and mental health and well-being of our residents that they can move around in an efficient way as they try and get to work.” 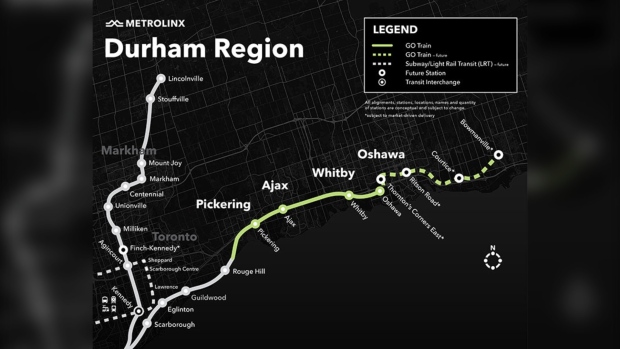 “They (the province) need to recognize that Durham is growing and we have those needs. Not every board in the province is growing, but we definitely are,” she says.

The school board did recently receive funding for a new high school in North Oshawa, but other parts of the region are growing too.

“We have needs in the north. We have needs in Pickering and Ajax. So we're happy with that new high school that we will be getting in North Oshawa, but we need more than that.”

One thing she'd like to see to make that happen is for a freeze to be lifted on education development charges paid by developers.

“The rate that we can charge them has been frozen for about four years,” Morton says, adding that the cost of property in Durham is “going sky high.”

“So how do we buy property to build schools when the province has frozen the amount that we can charge to developers? So that's a huge problem for a growing board.”

Morton says she understands that the province wants to promote development but says “we have to look at our responsibility on the other side and I'm not sure that a lot of government officials are looking at both sides of the coin.”

This will be the first major test Doug Ford’s PC government has faced at the polls. When voters cast their ballots four years ago, nearly all of Durham Region went blue, with the exception of Oshawa.

It has been a tumultuous four years and while voters in the region embraced the Progressive Conservatives in 2018, it is not a given that they will do so again.

One riding to watch is Ajax. The party lost a high-profile candidate there when former long-term care minister Rod Phillips resigned back in February. The former MPP was weighed down by a secret trip to the Caribbean when people were being urged to stay home and avoid travel during the pandemic. While his exit is a loss in terms of name recognition, it could also help the party hold onto the riding by dumping the political baggage he carried.

The PCs beat the NDP to win the seat by just about 4,000 votes in 2018. With Phillips’ resignation earlier this year, it is an open contest with no incumbent’s advantage. Patrice Barnes is hoping to hold the seat for the PCs, while Christine Santos is looking to turn it orange for the NDP. Amber Bowen is running for the Liberals, while Neil Runnalls is running for the Greens.

In Oshawa, Jennifer French will be looking to keep the riding orange for a third term. In 2018, she beat her PC rival by just over 1,600 votes. This time, Alex Down is trying to turn it blue for the PCs. Catherine Mosca is running for the Liberals and Katarina Dunham is running for the Greens.

Caesar-Chavannes, meanwhile, says she’s been paying closer attention to the party leaders and is not particularly impressed with any of them so far. The former MP, who has had her own tumultuous experience in politics, is currently working on a doctorate at Queen’s University on the intersection of equity and empathy “trying to understand how people could work together better, especially leaders, to develop better policy or services or programs.”

“We really need to have strong leaders who are able to commit to what they're doing, to inspire people to be out there voting and engaged in the political process,” she says. “So it'll be interested to see what happens.”

Durham Region at a glance:

What happened in 2018: The Tories took four of five seats and came this close to sweeping the region but for a narrow NDP victory in Oshawa.