'Misconceptions' about gay community may have 'impeded' search for Bruce McArthur's victims: review

A long-awaited independent review has found “serious flaws” in how the Toronto police force handled a number of missing persons investigations in the city’s Gay Village and is calling for a new approach that would shift some of the responsibility for handling these files onto civilians and community agencies.

Retired Ontario Court of Appeal justice Gloria Epstein was asked to conduct the review back in 2018 amid public criticism that police had not done enough in response to a number of missing person reports in the Village.

The probe wasn’t initially supposed to include the case of serial killer Bruce McArthur as it was before the courts at the time. But its scope was later widened after McArthur plead guilty to eight counts of first-degree murder.

In her report, Epstein called McArthur’s killing spree “a seven year reign of terror” and concluded that “police could have done better.”

She said that McArthur’s victims were “marginalized and vulnerable in a variety of ways” and that their disappearances “were often given less attention or priority” than they deserved by police.

Epstein also said that some officers investigating the cases “had misconceptions or stereotypical ideas about LGBTQ2S+ communities” and that those perceptions “impeded their work.”

“To the credit of Andrew Kinsman’s friends and loved ones, they mobilized in a highly public way to ensure the police gave Mr. Kinsman’s disappearance the attention it deserved,” Epstein said of McArthur’s eight and final known victim. “Proper missing person investigations, however, should not depend on whose voices are the loudest in sounding the alarm.” 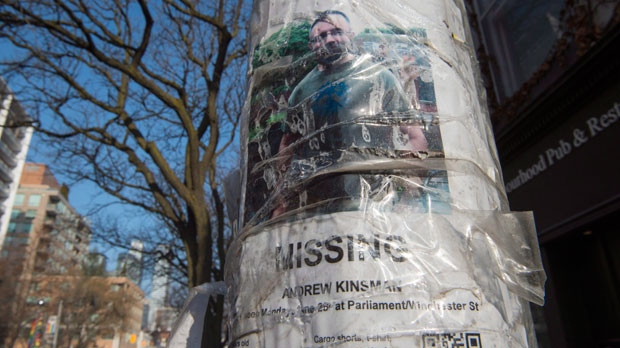 2013 interview of McArthur was ‘deeply flawed’

Police first interviewed McArthur as part of the Project Houston probe into the disappearance of three of his victims back in 2013.

In her report, Epstein called that 16-minute interview “deeply flawed.”

She said that the officer responsible for the interview failed to do a criminal database search relating to McArthur which would have revealed a 2003 conviction for an unprovoked attack on another man in the village using a metal pipe.

She said that the officer also failed to note McArthur’s “potentially meaningful” connection to the three missing men in his summary of the interview, something that she said should have been “a big red flag” for investigators that ought to have prompted “focused scrutiny on him.”

“I cannot say that McArthur would necessarily have been apprehended earlier if these investigative steps had been taken. He was a true psychopath. He disarmed others, including Detective Constable McKenzie, with his calm and ostensibly helpful approach to the interview,” Epstein wrote. “But the Toronto police did lose important opportunities to identify him as the killer...”

Epstein reviewed 80,000 pages of documents as part of her work and her exhaustive report, which totals more than 1,100 pages, provides the most complete account yet of how McArthur was able to elude detection for so long.

The main issues identified in the report include poor data management practices and insufficient communication between police services and within the TPS itself.

Epstein said that investigators “repeatedly failed” to recognize when the criteria had been met to categorize missing persons investigation as major cases, which would have triggered additional resources.

A lack of communication to the public about the investigations even as concerns grew about a potential serial killer was also identified as an issue with Epstein noting that it likely “heightened existing mistrust and ultimately diminished, rather than protected, the integrity of existing and future investigations.”

“This lack of communication reinforced the broadly held impression that ‘the police did nothing,’” Epstein wrote in the report.

His arrest in January, 2018 came just weeks after a news conference in which then Police Chief Mark Saunders insisted to reporters that there was no evidence that a serial killer was preying upon individuals in the Gay Village.

But on Tuesday the lawyer for the independent review, Mark Sandler, told reporters that there was already “substantial evidence” that McArthur had killed at least five people at that time and that Saunders should not have suggested the opposite.

“He (Saunders) had recently come off sick leave and explained to us why it was he misconstrued the investigation. Nonetheless, it was deeply unfortunate and deeply hurtful to the LGBTQ2S+ community particularly when very shortly thereafter McArthur was arrested,” he said. “In an environment where the community already distrusted the service it contributed to the attitude that they had not been given the straight goods about what transpired and it contributed to the level of dissatisfaction with how the service had handled these cases.” 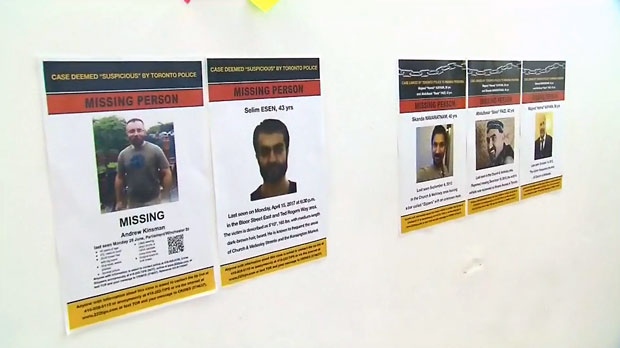 The report makes a total of 151 recommendations on how to improve missing persons investigations in the future.

The most transformative of which would involve the implementation of a new model that would “preserves a centralized Missing Persons Unit” while recognizing that some cases are “best addressed by social service, public health, and community agencies.”

Epstein is also calling on police to double the number of investigators assigned to its Missing Persons Unit from four to eight and to assign a missing persons coordinator to every police division.

“Although, as Judge Epstein states, the deficiencies were neither overt nor intentional, there were too many times that we did not live up to what is expected – and in some cases - required of us to keep you safe and the consequences were grave, affecting lives in the most profound ways,” Interim Police Chief James Ramer told reporters during a news conference on Tuesday afternoon.

Ramer called the shortcomings identified by Epstein “inexcusable” and vowed to “act on every one of her recommendations.”

Ramer also apologized for statements police, including Saunders, made discounting the possibility that a serial killer was behind the disappearance of men in the village.

‘We know that many in Toronto’s LGBTQ2S+ communities felt, and still feel, that our communications deepened a sense of mistrust between us. That this was not the Service’s intention and we apologize for the anger, hurt and damage that caused,” he said.

In a statement issued following the release of the report, the 519 community centre in Toronto’s Gay Village said that it hopes that Epstein’s findings “lead to real and meaningful change for all marginalized communities” and that her recommendations will be considered within the broader context of calls for a “total reimagining of policing in our city.”