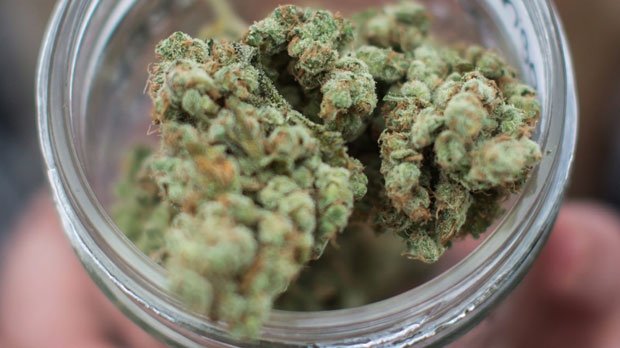 A vendor displays marijuana for sale during the 4-20 annual marijuana celebration, in Vancouver, B.C., on Friday April 20, 2018. THE CANADIAN PRESS/Darryl Dyck

Mississauga councillors have voted against a proposal to allow legal cannabis dispensaries in the city, this time despite vocal support from Mayor Bonnie Crombie.

Mississauga initially opted not to allow legalized cannabis stores within city boundaries back in 2018 but local councillors had agreed to revisit that decision following a report from staff that examined the experiences of other municipalities.

However, on Thursday members of the Mississauga council general committee ultimately came to the same decision as they did three years ago, voting 8 to 4 against allowing legal cannabis stores to set up shop.

The matter will still have to go before Mississauga city council for a final vote.

In a series of messages posted to Twitter following the meeting, Crombie expressed disappointment with the decision which she said would have created jobs while giving Mississauga residents more opportunities to purchase cannabis legally.

She said that the decision also goes against the will of residents, given polling that suggests 70 per cent of them want legalized cannabis stores in the city.

“I support opting in because Mississauga is behind the times. There is no denying that our residents use cannabis and we must give them options to buy it,” she said. “I support opting in now because we can opt-in with confidence knowing that the sky hasn’t fallen in other municipalities. And it wont here.”

The staff report said that if Mississauga were to allow legal cannabis shops they would likely take in about $74 million in revenue each year, providing “new opportunities for small businesses.”

The report also cited statistics from Peel Regional Police indicating that there are currently 100 to 150 illegal mobile dispensaries operating in the region, though it did not say whether allowing legal stores would help cut down on that market.

Staff also raised concern about the “lack of municipal oversight” regarding the location of cannabis retail outlets, noting that Hamilton has unsuccessfully objected to 29 planned stores.

“A location has never been denied by the AGCO based on an objection presented by a municipality,” the report notes.

There are currently 772 legal cannabis dispensaries across Ontario, including 18 in nearby Brampton.

Under Ontario's Cannabis Licence Act, municipalities can opt out of having retail stores in their cities but once the prohibition is lifted it can not be revived.