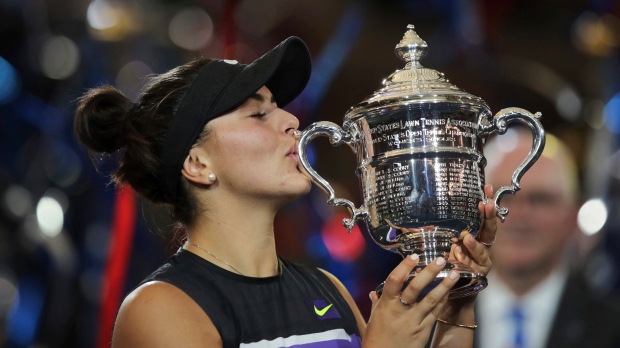 Mississauga’s mayor says the city will be hosting a rally for tennis star Bianca Andreescu this weekend.

The event, which Mississauga has dubbed the “She The North” rally, will begin at 4:30 p.m. on Sunday at Celebration Square, located near Burnhamthorpe Road West and Confederation Parkway.

“The rally will celebrate the recent accomplishments of Bianca Andreescu, who became the first Canadian to win a grand slam singles title after winning the U.S. Open,” a post on the city’s website reads.

“Andreescu has been a resident, student and athlete in Mississauga and began her career at Mississauga's Ontario Racquet Club.”

The 19-year-old made international headlines when she defeated Serena Williams in the U.S. Open Final last weekend.

Since the win, she has been a popular guest on U.S. talk shows, including ‘The Tonight Show Starring Jimmy Fallon’ and ‘The View.’

Andreescu, along with Mississauga Mayor Bonnie Crombie and members of city council, are expected to attend Sunday’s event.

Officials will present the tennis pro with a key to the city and will also unveil the city’s “Andreescu Way” street sign.