‘Mitchell is an angel’: Family of young girl killed by GO train in Mississauga speaks out after tragic accident

The family of a four-year-old girl who was struck and killed by a GO train last week in Mississauga is speaking out for the first time since the tragedy.

Emmanuel said he, his wife and their three children, Olivia, Parise and Mitchell, were staying at his brother’s apartment in Mississauga on July 26 before the unthinkable happened.

“Normally, my daughter is with me but because it was an ice cream day they went with their sister downstairs to the park,” he said. “Just only 15 minutes later we received the call that she can no longer breathe and we rushed out immediately.”

At around 7:40 p.m., emergency responders were called to the area of Dundas Street and Cawthra Road for reports of a child who was struck by a GO train.

Emmanuel says his children were chasing a butterfly before his youngest daughter walked through a path and onto the train tracks where she was struck by an incoming train.

“They said they followed a butterfly. They were playing in the park and they chased the butterfly to that spot. I couldn’t talk, I didn’t hear any other thing. Only for me to see my daughter lifeless on the floor,” Emmanuel said.

Shortly before 9 p.m., Peel police confirmed that Mitchell was pronounced dead at the scene.

Metrolinx, which operates the GO train service, said about 300 passengers were on board the train when the child was struck. 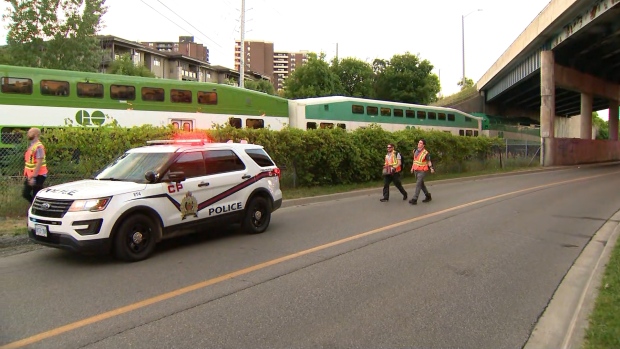 A witness who owns a nearby garage told CP24 he was working at the time of the incident when he heard a train honking its horn and a loud screech of a railway brake.

“When I came out of my garage, I see the train stopped. This has never happened before,” Muhammad Tayyab said.

“Three kids were screaming and crying very loudly. I got shocked. I ran there... I see the body, there was one kid on the side…They were wounded very badly."

Residents in the area spoke to CP24 after the incident and said the lack of barriers to the train tracks is a known issue and that it's not uncommon to see people crossing the tracks.

A spokesperson for Metrolinx told CP24 on Tuesday that an investigation is ongoing and that their "thoughts remain with the family and loved ones of the young child."

Emmanuel says she was a happy child who brought joy to everyone’s lives.

Emmanuel said that is why his family was staying with his brothers as they planned his mother’s funeral arrangements. 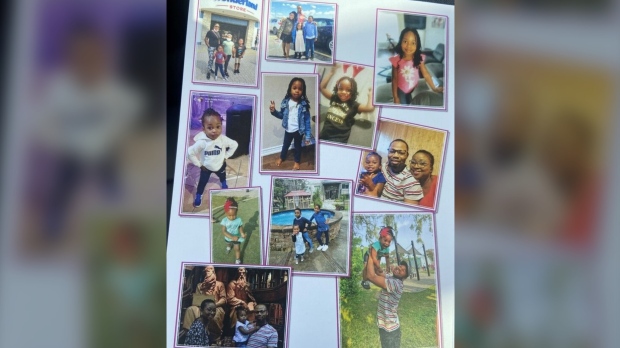 He added that he has no words to explain the pain of losing his child but thanks everyone for their love and support.

“What can I say…I know what it means to lose a child. For those weeping for us, God will comfort every one of us.”

The funeral for Mitchell was held in Mississauga at the Turner & Porter funeral home Tuesday morning.

Mitchell Chukwudumebi Nwabuoku, 4, was struck and killed by a GO train in Mississauga on July 26, 2022.

The family of 4-year-old Mitchell Chukwudumebi Nwabuoku speaks out after the girl was struck and killed by a GO train in Mississauga on July 26.