More Canadians getting their pot from legal channels than ever before: Health Canada 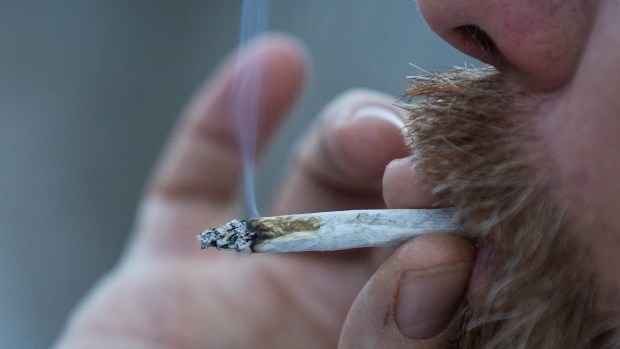 TORONTO - An annual Health Canada survey suggests that Canadians purchased more cannabis from legal sources in 2021 than ever before, with sales from brick-and-mortar retail stores tipping into the majority for the first time since legalization.

The survey of more than 10,000 Canadian pot users over the age of 16 released Wednesday revealed 53 per cent of respondents purchased cannabis regularly from a legal storefront, up from 41 per cent last year.

About 11 per cent made their pot purchases through a legal online source, down from 13 per cent in 2020. Illegal storefronts, illicit online shops and dealers were each the main source for two per cent of respondents, down from three per cent each last year.

Roughly 11 per cent say they got cannabis from friends, three per cent received it from a family member and about eight per cent grew their own pot.

The new data comes after regulators and cannabis companies have spent the years since recreational pot was legalized in 2018 lowering prices and opening more stores to try to squeeze the illicit market.

They posited that more access to cannabis stores and more attractive pricing would help legal channels compete with dealers and other illicit sources that offered low prices, delivery and convenience.

While the Health Canada data suggests the legal market is chipping away at the illicit market, cannabis industry observers have long noted that the stigma associated with pot use and fear of repercussions discourages those using illegal channels from answering the survey.

Health Canada itself warned that the results may be impacted by “participation bias” because respondents were informed the survey was about cannabis, making those who consume the substance more likely to offer data.

Health Canada's survey also offered a window into how the COVID-19 pandemic is impacting pot use.

When people who used cannabis over the last year were asked if their pot use had changed due to the pandemic, 49 per cent reported using the same amount of cannabis, a decrease from 56 per cent in 2020.

The swings seen in the amount of cannabis used because of the pandemic were most dramatic in younger age groups.

The number of Canadians who used cannabis nearly almost every day or daily was nearly unchanged at 26 per cent.

Of those who stuck with the pastime, most used smoking as a consumption method, but vaporizing, drinking and applying cannabis to skin rose in popularity.

This report by The Canadian Press was first published Dec. 23, 2021.