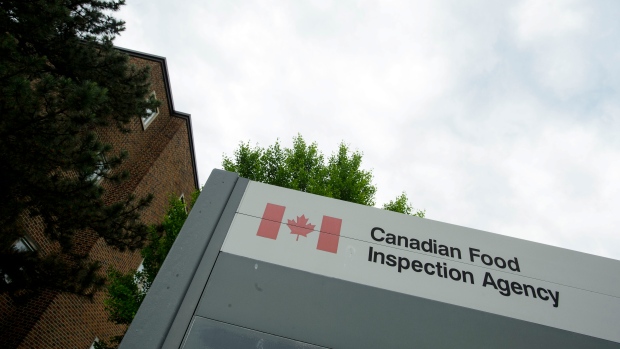 The Public Health Agency of Canada says its investigation into a salmonella outbreak in Western Canada has determined that 84 people have become ill this fall from the bacteria.

The agency says on its website that the outbreak is linked to Alasko brand frozen whole kernel corn.

People have reported getting ill in British Columbia, Alberta, Saskatchewan, Manitoba and Ontario.

The agency says the illnesses reported in Ontario were related to travel to Alberta and British Columbia.

The health agency says people should not eat, use, sell, or serve any of these recalled products.

“The outbreak appears to be ongoing, as recent illnesses continue to be reported,” the agency says on its website.

“Do not eat, use, sell, or serve recalled Alasko brand or Fraser Valley Meats brand frozen whole kernel corn. This advice applies to individuals, as well as retailers, distributors, manufacturers, and food service establishments such as hotels, restaurants, cafeterias, hospitals and long-term care homes, across Canada.

Of the people who have become, 36 are in British Columbia, 30 in Alberta, four in Saskatchewan, 12 in Manitoba, and two in Ontario.

The agency says four people have been hospitalized and no deaths have been reported.

This report by The Canadian Press was first published Dec. 24, 2021