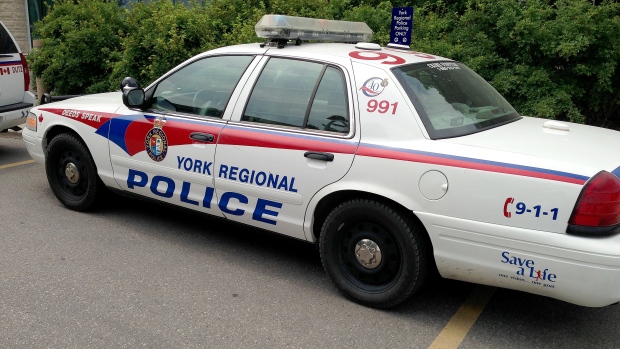 Police north of Toronto say two men are recovering from stab wounds after an altercation at a coffee shop in Markham, Ont.

York Regional Police say more information will be released on Wednesday about a multi-provincial investigation into human trafficking and organized crime that has led to the arrest of 31 people.

In a news release issued Tuesday, the police service confirmed that more than 200 charges have been laid in connection with the case, dubbed “Project Convalesce.”

Few details have been released about the investigation but more information will be provided at a news conference at York Regional Police headquarters in Aurora on Wednesday morning.

“We remain extremely concerned about the appalling levels of violence and victimization of women occurring in these human trafficking rings. We continue to encourage victims of human trafficking to reach out to us for help,” York Regional Police Chief Eric Jolliffe said in a written statement accompanying the press release.

“Our trained investigators have been working tirelessly to see that criminals who victimize vulnerable members of our community are held accountable for their actions.”

The news conference is scheduled to begin at 10:30 a.m. and representatives from partner agencies, including Ontario Provincial Police, the Toronto Police Service, and Peel Regional Police, will be in attendance.