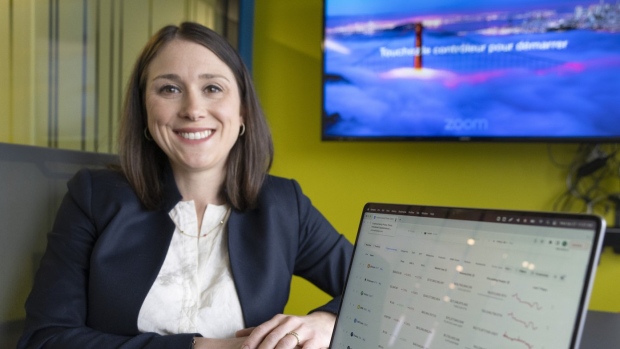 Jillian Friedman was first drawn to the cryptocurrency world a decade ago by the idea of building a new, open-sourced financial system, but the shaky structures and lack of diversity in the early days pushed her into a traditional banking career instead.

She recently took on the chief operation officer role at Ether Capital Corp. in a return to what she says is a substantially changed industry.

“There's a much higher degree of professionalism. There’s so many more people working in this industry that represent a diverse group of people, women included, so I’m very pleased to say it has changed.”

Friedman is just one of the many people who have left traditional finance careers in recent months to join the growing field of digital finance as funding and activity in the space, boosted by a spike in cryptocurrency prices during the pandemic, continues to ramp up.

Data from LinkedIn released in mid-April found that, in the U.S. at least, net crypto hires were up 73 per cent last year from the year before, while net hires in traditional finance industries declined by one per cent over the same period.

In Canada, it’s not hard to find examples of people leaving the financial services industry for new decentralized finance companies, including the highest ranks of traditional Bay Street firms. Rod Bolger, for example, who late last year stepped down as chief financial officer at Royal Bank, took on the CFO role at crypto lending platform Celsius Network in February.

The increase of high-profile hires has helped to erode some of the stigma around the space, said Adam Dean, president of Dean Executive Search.

“That changed the market perception of talent going into a space that was considered either off the radar or not fully understood, or viewed as a bit of a third rail.”

The momentum in crypto is similar to past waves of interest in alternative sectors such as cannabis, private capital, and the early days of the internet, he said.

"What has happened is similar to what occurred 20 years ago in the dot-com era ... that was a marketplace to which investment bankers and management consultants fled as well because they were chasing dreams, and such organizations were keen to attract that type of horsepower.”

The crypto world is still evolving rapidly, but there is growing integration with existing financial frameworks to make the transition to the space from traditional finance smoother.

Friedman said that she felt more comfortable joining Ether Capital because it's listed on the public Neo Exchange, which brings a level of governance controls that separate it from some of the more dubious corners of the space.

“There's actually some similarities in terms of the level of rigour, professionalism, and standards that you would expect at other regulated financial institutions,” she said.

But in other ways the job is radically different. National Bank has more than 25,000 employees, while Ether Capital has six, including Friedman. She says the shift and the pace of change is like going from a cruise ship to a speed boat.

“There’s a lot of similarities to an early stage tech company, where the engine is being built while it’s flying. That's very exciting, just being there on the ground floor.”

The enthusiasm for people moving into the space is a marked change from even a couple of years ago, said Nako Mbelle, founder and CEO of Fintech Recruiters.

“Two years ago, I would reach out to somebody and they would say my wife will kill me, are you kidding me, like there's no way ... today, it's totally different.”

She said that while crypto companies are looking for people with a range of backgrounds, the smaller startups she works with are also especially keen for people with an entrepreneurial side, which doesn’t always fit with people used to working at the sometimes more conservative approach of big banks.

“Most companies want people that have startup experience and are able to work in a way that is a pretty fast pace, not a lot of bureaucracy, a lot of self-autonomy. And sometimes it's hard for people from banks to transition to that kind of culture.”

Didier Lavallée was at RBC for the past eight years, but his work across sales and business development in various departments made him ready to jump to the startup side. He said that while he wasn't actively looking, it took two weeks from when he was approached to when it was settled he would take on the CEO role at Calgary-based Tetra Trust Co., which he did in early April.

“I found the opportunity fascinating to go and learn more about this growing industry ... my dad built a business, and I’ve always had that very big entrepreneurial bug inside me.”

After working with financial custody and foreign exchange in traditional banking, Lavallée said he’s been struck by how antiquated some of the current systems are.

"There's a lot of mechanics in the background that are incredibly manual, time consuming and quite frankly, ineffective ... And for me, there's absolutely no doubt that blockchain technology will massively change the way our financial industry works."