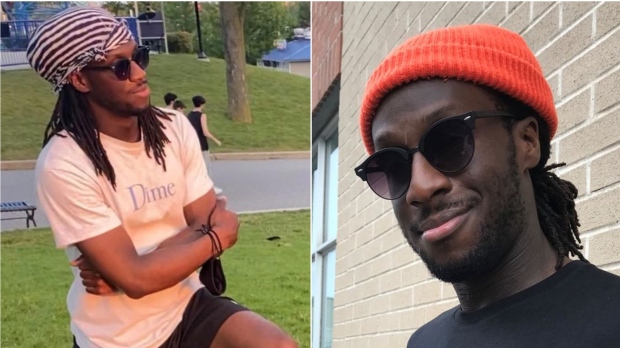 Raheem White can the seen in both photos. (Handout provided by Rosemarie White and Toronto police)

It’s been nearly six months since Raheem White was reported missing from Toronto’s Junction neighbourhood and his mother, Rosemarie, says she feels the investigation has begun to stall.

Speaking with CTV News Toronto on the phone from her home in Jamaica, Rosemarie White recalled Raheem’s childhood growing up in Brampton, Ont.

“He always got along with everybody,” she said. “Raheem is an awesome young man.”

White said Raheem participated in Little League baseball and Taekwondo as a child, before becoming a youth minister in his teens and developing an interest in music. Throughout his youth, Raheem maintained a presence at his local church.

At the time of his disappearance, Raheem was working as a local DJ and had plans to move in with his girlfriend, those close to him said.

With every passing day, White says she continues to pray for her son’s safety.

Raheem was last seen on Dec. 1. in the Osler Street and Pelham Avenue area of Toronto at around 3:30 p.m, according to police. He was last seen wearing a black jacket, black pants, an orange toque and a black backpack.

A vehicle belonging to Raheem has since been located by investigators, with his wallet and personal belongings inside. His cellphone remains missing.

Rosemarie said there was nothing in the time leading up to Raheem’s disappearance that indicated to her anything was wrong, nor did she know her son to be dealing with any mental health issues.

She believes he was taken.

Raheem’s former roommate and close friend, Stefen Coward, said he spoke to Raheem on a regular basis before his disappearance. The last time the two saw one another was Nov. 29 – two days before Raheem was reported missing.

“It didn't seem like anything was off,” he said, adding Raheem had visited him to sign employment documents in order to work alongside him building sets for television shows in the Greater Toronto Area.

While Raheem was reported missing on Dec. 1, police didn't contact Rosemarie that day. Instead, she was the first to establish a line of communication on Dec. 2, police confirmed.

Since then, there’s been a number of delays in Rosemarie receiving police updates due to staff shortages and redeployments.

Maureen Trask, an Ontario advocate for missing persons and their families, was contacted by Rosemarie during the first week Raheem went missing.

Trask told CTV News Toronto she works as an advocate because her own son, Daniel Trask, went missing in 2011 for three-and-a-half years before his remains were found. During that process, she said she “realized how little service is available to families to help them not only understand the process [of a missing persons case], but to understand their role.”

After being retained by Rosemarie, Trask said she contacted Toronto police “right away," presenting them with a list of 26 unanswered questions pertaining to the investigation on behalf of the family. Her first goal was to create clear lines of communication between police and the Whites, she said.

According to Trask, it took almost a month for Toronto police to commit to providing weekly updates, which they’ve been doing since, although Rosemarie says the frequency of the communication tends to vary.

Despite this, Trask says she isn’t chastising Toronto police.

“That's not uncommon – in every jurisdiction across Canada.”

Although she’s been receiving investigation updates from police, Rosemarie said she was not asked to participate in a formal, recorded interview until May 11 – nearly six months after her son was first reported missing – despite her repeated requests to do so.

“[We’ve been] screaming at them to do it,” Rosemarie said. “This is the reason I've had to get an advocate.”

When reached for comment, a spokesperson for the Toronto Police Service confirmed to CTV News Toronto that Rosemarie participated in her first formal interview with the force on May 11, but highlighted that they are in “weekly communications with [Raheem’s] mother.”

“The Toronto Police Service takes missing people investigations extremely seriously and our officers are dedicated to finding people as quickly as possible, using significant resources from across the Service to support our efforts,” they said.

“If anyone feels there is information we are unaware of, they should contact us immediately.”

Rosemarie also says there’s not enough resources to investigate all the tips she receives, and, by the time tips are investigated, their relevancy has diminished.

“Oh my god, I've had so many sightings,” she said. “There's been tips every week, people message me regularly.”

“But if [Raheem] gets seen today, and [police] don't get the message until four days later, [is he] going to be in the same spot waiting for you? I don't think so.” 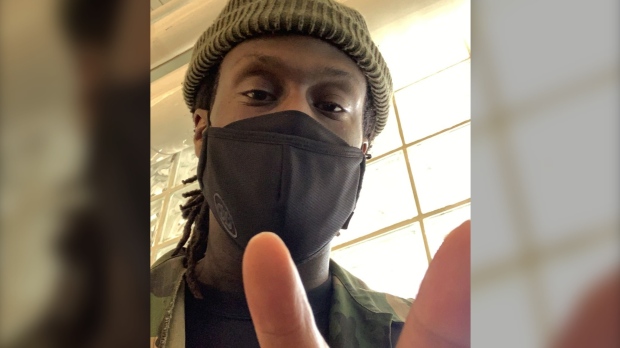 Trask says that both families of missing people within Canada and police forces across the country need standardized support and resources when it comes to missing persons cases. That's why she's advocating for a national missing persons framework -- something she says has been implemented by many countries and ensures “accountability, transparency and consistency.”

She says it took six years of advocacy work before Ontario passed its Missing Persons Act, which came into effect in 2019, and expanded police powers in finding missing persons even when no criminal investigation is underway.

“Policing in Canada, at least for missing persons, is pretty much a jurisdictional issue,” she said. “So there's no consistency, no established procedure when it comes to missing persons."

“The consistency of practice is the concern and there's no authority in Canada that can mandate minimum standards for policing when it comes to missing persons – nothing.”

In 2019, the Office of the Federal Ombudsman for Victims of Crime (OFOVC) submitted a report to the independent civilian review of Toronto Police Services, prompted by the Bruce MacArthur investigation, in which it highlighted the often strained relationships between loved ones of missing persons and police.

The report points to a survey of Canadian families of missing persons conducted by the Resource Centre for Victims of Crime in 2005 in which 64 per cent said they were unsatisfied with the resulting police search, while 74 percent of respondents said police did not keep them regularly informed about what they were doing. The report highlights the negative consequences, such as an ability to cope with traumatic events, when victims' families are denied information or not frequently communicated with during an investigation.

Regardless of the status of the police investigation, Rosemarie says she will do whatever she can to raise awareness of her son’s case.

“I’m not going to say it’s not hurting me, but I have to put it in God’s hands,” she said.

“I need to keep awareness out there. That's what I'm really looking for. That's why I'm doing this.”

Meanwhile, she’s asking for anyone who might have information on the case to come forward.

“I believe somebody knows where my son is,” she said. “Somebody must know something.”

Toronto police are also asking anyone with information pertaining to Raheem’s disappearance to contact them at 416-808-2222.