A mother and four Peel Regional Police officers are being praised for saving a seven-year-old child from falling out of a sixth-floor apartment window in Mississauga Friday afternoon.

It happened in the area of Erindale Station Road and Dundas Street West shortly after 5 p.m.

Peel police said the child was playing near a window when he "slipped out."

After hearing her child's cries, the mother ran and grabbed her child, police said. However, she was unable to pull him to safety. 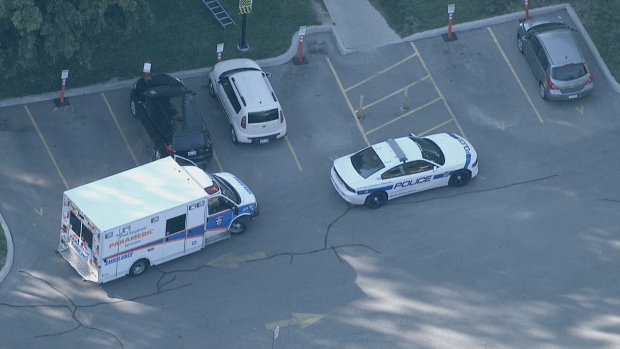 Const. Alvin Bayley, who is just six months into the job, was the first to arrive at the scene. He told CP24 he was immediately flagged by the person who called 911.

"I looked up, and I actually saw the child fully hanging out. I wasn't expecting him to be fully out.

"I thought he might have been just half out, but he was fully out, his mother was half out, and she was screaming," Bayley said.

He remembered telling the mother to calm down as he tried to clear the scene so fire crews could get immediate access to the window.

However, Bayley said the situation went from zero to 100 quickly. The mother informed him that the boy's shirt was starting to rip.

Bayley knew that the amount of time they had to rescue the child had dramatically decreased.

"I decided to run the stairs up to the sixth floor and try to kick the door open," he said.

Const. Martin Boreczek was at the end of his shift. He was pulling into the police station parking lot when he heard a panic call over the radio about the developing situation.

"There's no way I'm just going to pack up and go home," he said. "I have three small kids, so I went rushing over."

Boreczek, and two other officers – Sgt. Shaun Stanley and Const. Ihor Palchynskyy -- arrived at the apartment unit and helped Bailey open the door.

Armed with a battering ram and a pry bar, all four worked to gain entry to the unit.

"We collectively rushed into the bedroom. The boy was hanging out the window, and his mom was clutching onto him," Boreczek recalled.

"And she's crying, saying I'm losing my grip and the shirt's ripping."

There was another problem. With the mother half out of the sliding window, there was nowhere for the officers to pull the child.

Boreczek said he then used the pry bar and smashed the other half of the window. 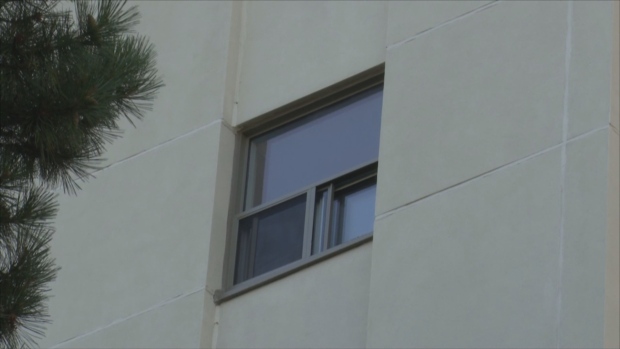 "As soon as I did that, these three without any hesitation with broken shards of glass poking through everywhere reached in and started pulling them off," he said.

Boreczek, who received six stitches on his left hand, recalled that there was a collective sigh of relief after the rescue.

Police said the child did not suffer any physical injuries.

Their actions did not go unnoticed. Mississauga MPP Rudy Cuzzetto applauded their "heroic" efforts to save the child.

For Stanley, he knew that if the boy fell out of the window, it would have been life-altering.

"It just feels like we're doing our job as we were asked to do. It's no different than any other evening or any other call to respond to," Stanley said when asked if he considers themselves heroes.

"The four of us are here because we were the four that made it into the apartment but forget that. It was a whole team effort."

Palchynskyy said he is thrilled that both mother and child are safe. He admitted that the thoughts running through his head at the time "might not have been the best."

"I have young kids, and all I was thinking about is that we need to get into that apartment to help that child and the mom because I would never wish anything like that to any of the parents," he said.

"I want to give props to the mother who is the real mama bear, and she was holding on to the child for a few minutes before we got there. She did an amazing job."