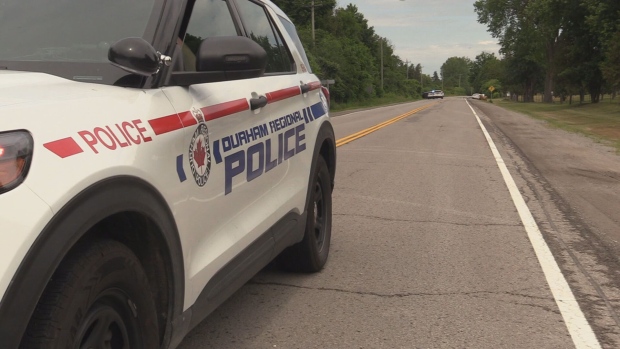 A motorcyclist was seriously injured after colliding with a vehicle in Oshawa on Friday.

Durham regional police officers were called to a serious two-vehicle collision at the intersection of Olive Avenue and Guelph Street around 11:15 p.m.

The motorcyclist was taken to a Toronto-area trauma centre with life-threatening injuries, police said. He remains in critical but stable condition.

The driver of the Chevrolet Equinox was not injured.

Members of a collision investigation unit attended the scene. The area where the collision took place was closed for several hours while evidence was collected.

Anyone with information about this incident or witnessed this collision is asked to call Detective Constable Jeff Kollaard of the Traffic Services Branch at 905-579-1520 (toll free 1-888-579-1520) ext. 5267. Anonymous information can be sent to Crime Stoppers.