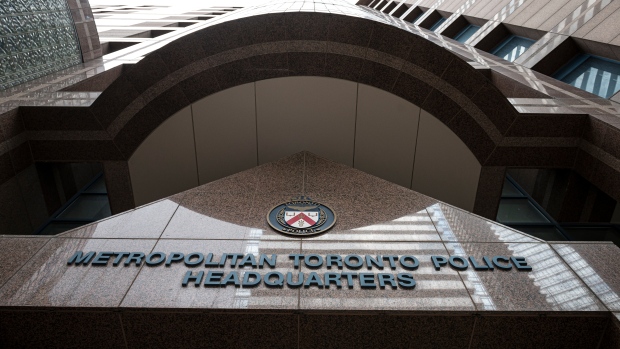 At least five Toronto police officers have been suspended with pay amid an internal investigation into corruption in the Greater Toronto Area towing industry.

The news of the suspensions comes after Const. Ronald Joseph was charged last month with a number of organized crime-related offences.

Investigators have alleged that Joseph, an 11-year veteran, stole at least one encrypted police radio which allowed tow truck operators to learn about collisions before their competitors and arrive at various scenes first.

At the time police said that several tow truck employees from different companies were in possession of stolen police radios and that the information was broadcasted by one driver to other tow truck drivers for a monthly fee.

“If there are additional criminal charges, an update will be provided,” Grey said on Wednesday after confirming the suspensions. “Professional Standards would also like to thank the public for the cooperation they’ve received to date and would encourage anyone with information to please come forward.

The professional standards investigation that led to the charges against Joseph began in August, 2019 but a violent turf war for control of the GTA towing industry has been playing out for a lot longer.

In May, York Regional Police arrested 20 people and laid hundreds of charges as part of a joint-forces investigation dubbed Project Platinum.

At the time investigators said that they identified “several organized crime groups” working within the towing industry who were fraudulently inflating costs and, in at least 10 cases, even “deliberately causing collisions” to increase profits.

They said that the fight for control of the millions of dollars in profits from the illicit enterprise ultimately led to “murders, attempted murders, assaults and arson” with investigators identifying at least 150 different acts of violence.

In an interview with CTV News Toronto later on Wednesday, Grey said that the suspensions issued so far have related to the investigation that involved the arrest of Const. Ronald Joseph.

She said that at this point there are allegations that the officers “were involved in some way” in that investigation but no charges have been laid.

“The investigation has been going on for the last couple of months. The suspensions have been occurring as the investigation continues,” she said. “There have been no charges that have been laid either criminally or through the Police Services Act.”