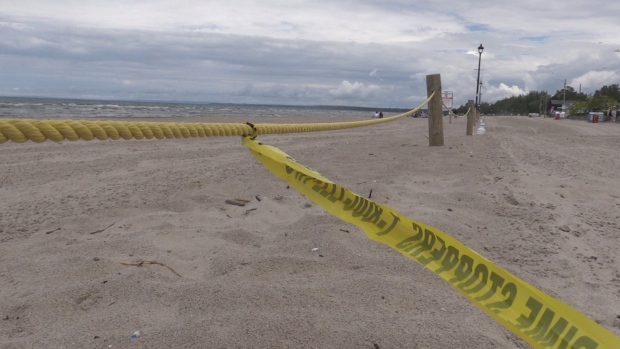 Murder charges laid against two GTA men in connection with a fatal stabbing in Wasaga Beach last weekend have been withdrawn and a third man has now been formally charged with second-degree murder.

Officers were called to Beach Area 1 on Beach Drive at around 12:39 a.m. on June 13 and arrived to find a man suffering from life-threatening stab wounds.

The victim, 23-year-old Mustafa Khaleel of Mississauga, was pronounced dead at the scene.

Two suspects, a 21-year-old Etobicoke resident and a 25-year-old Brampton man, were arrested and initially charged with second-degree murder.

But in a news release issued Wednesday, Ontario Provincial Police said the murder charges have now been withdrawn and the two suspects, who have not been publicly named, each face one count of assault with a weapon.

A third man, identified by police as 25-year-old Brampton resident Micha Duran, has been arrested and charged with second-degree murder in connection with the case.

He appeared in court in Collingwood today and remains in custody.

"It is believed many people were in the area at the time of the incident," the OPP said in the news release.

Police previously told CTV News Barrie that as many as 30 people were on the beach at the time of the stabbing and that there was an incident between two groups.

It’s not clear whether Khaleel knew the suspects.

Police are asking anyone with information about the deadly stabbing to contact the OPP or Crime Stoppers anonymously.