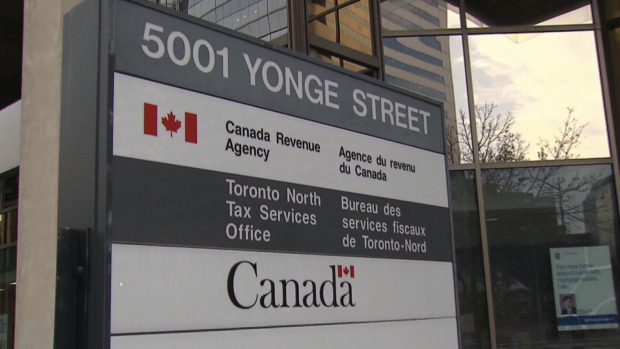 OTTAWA -- A long-established Muslim international relief charity says it will ask a federal court to overturn the national revenue agency's decision to suspend its ability to issue tax receipts following an audit.

HCI, a registered charity since 1983, has provided humanitarian aid and development support to tens of millions of individuals and families around the world in its mission to save lives and move people from crises to sustainability.

It has collected funds from some 50,000 Canadian donors and established partnerships with more than 1,000 organizations.

In 2014, the revenue agency informed HCI it was initiating an audit for two fiscal years, from April 1, 2011, to March 31, 2013 - triggering a lengthy process the charity considered aggressive and disruptive to its operations.

As a result of the audit by the Analysis and Review Division of the revenue agency's charities directorate, concerns were expressed to HCI in 2018 about six initiatives. It accused the charity of improperly issuing donation receipts totalling more than $307,000 on behalf of organizations administering the six projects - a practice known as third-party receipting.

The initiatives included three education and health projects in India, education and skills development of orphans in Bangladesh, orphan support in Somalia and an education project in Kenya.

HCI says the practice at issue is in fact “diaspora fundraising,” widely used across the world by many Canadian charities at the time of the audit.

Canadian charities often work with individuals and groups connected to the communities where the projects are taking place, HCI says.

These diaspora groups collect funds on behalf of HCI, which then works with an implementation partner for projects that were vetted and approved by HCI.

HCI says it has always been committed to maintaining direction and control of its overseas charitable projects and to ensuring that all such projects conducted through third-party intermediaries constitute HCI's own charitable activities.

In a July 7 letter to HCI, the revenue agency disagreed with the charity's interpretation, saying it was unable to accept the assertion that the six unregistered organizations were third-party fundraisers acting on behalf of, and for the benefit of, HCI.

It said the revenue agency was prepared to enter a compliance agreement with HCI related to other issues, such as bookkeeping practices, raised by the audit. However, the receipting concerns would result in a one-year suspension of HCI's ability to issue receipts to donors.

“That would have been a reasonable approach,” she said in an interview. “And this suspension was definitely unfair.”

The agency's decision “is going to send a very negative message to Canada's Muslim community that our charity work is not welcome,” Khan said.

HCI is urging the revenue agency's charities directorate to reconsider the suspension and is also pursuing the matter in the federal tax court, she added.

A recently released report by the International Civil Liberties Monitoring Group said the revenue agency's Review and Analysis Division works with national security agencies to carry out its audits, with little accountability.

From 2008 to 2015, 75 per cent of the organizations whose charitable status was revoked following division audits were Muslim charities, and at least another four have had their status pulled since then, the report said.

It added that despite these revocations, not a single Muslim charitable organization or individual associated with one had been charged with a terrorist-financing crime.

In response to the report, the revenue agency said it does not select registered charities for audit based on any particular faith or denomination, adding it is firmly dedicated to diversity, inclusion and anti-racism.

Tim McSorley, national co-ordinator of the civil liberties monitoring group, said the audit and suspension of HCI unfortunately reflects the pattern the group has seen in the revenue agency's examination of other Muslim charities: unsupported allegations leading to drawn-out audits that result in penalties that are in no way linked to the initial reasons for investigation.

“The timing of this decision is deeply concerning,” McSorley said.

Following the recent questions about the federal government's approach to auditing Muslim charities, and specifically the work of the Review and Analysis Division, “we would expect a period of reflection and review,” he said.

“Instead, one of the oldest and most established Muslim charities in Canada has seen its status suspended.”