“My brother was not at fault”: Toronto family speaks out after man allegedly murdered parents before committing suicide

A Toronto family grieving after their parents were allegedly murdered by their brother before he committed suicide says they do not blame their brother for what happened because he suffered from mental illness.

“Me and my other three brothers, we love him, we love our parents, and we miss them dearly,” Marcia Barcelos told CTV News Toronto.

On Sept. 13, shortly after 2:30 p.m., Toronto Police responded to reports of a stabbing at a home on King George Road, in the area of Church Street and Weston Road.

Both victims were pronounced dead at the scene. They have been identified as 64-year-old Joao Barcelos and his wife 58-year-old Iva Barcelos. 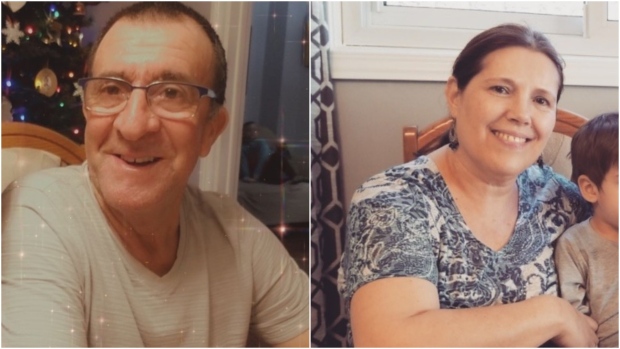 While investigating, police said they received information that a man was hit by an UP Express train a short distance away from the home.

The victim was pronounced dead on the scene and has been identified as one of the Barcelos’ five children, 28-year-old Tiberio Barcelos.

Tiberio is believed to be responsible for the murder of his parents, police said.

Investigators said Tiberio did not live with his parents at the time of the incident. 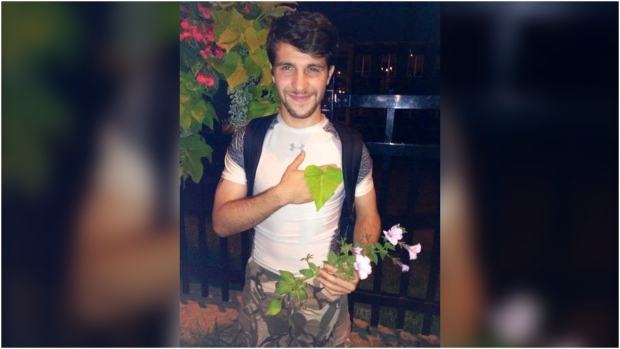 Tiberio’s sister Marcia said her brother is not at fault for her parents’ deaths as he has been suffering from mental health issues for the past four years.

“That wasn’t my brother. He had mental health issues. He loved my parents. He loved them dearly,” Marcia said.

Nelson Barcelos said he is trying to cope with the loss of his parents and brother and doesn’t blame his brother for the tragic incident.

Iva and Joao met in their native homeland of Portugal, got married, and had two sons before immigrating to Canada in 1987. The couple moved into their home on King George Rd. in 1993, where Joao completed many home improvement projects when he wasn’t at work as a roofer. Nelson worked alongside his father for 10 years.

“He was like a friend. Everyday, you know, whenever I had problems, I’d talk to him. Whenever I got into troubles he was always there to help me,” Nelson said.

Iva took pride in raising her children and keeping her home sparkling clean.

“She was an angel. She was beautiful. She never had hate in her heart, even when someone wronged her,” Marcia said.

The siblings remember their brother Tiberio as an outgoing, gentle man who loved nature and children.

“Everything the world had to offer, he was in love with,” Tiberio’s sister-in-law Juliana Ponceano said. “He was so connected to everything around him. It was astonishing for me.”

The family said their parents tried to get Tiberio help but couldn’t force him to seek treatment as he was over 18-years-old.

“Had we had different resources, different methods, different — just anything — you know, different options, I don’t think we would have had this outcome,” Ponceano said.

As the family continues to mourn their loss, they’re hoping more resources will soon become available for other families dealing with mental health issues.