Relatives of 29-year-old Regis Korchinski-Paquet, who fell from the balcony of a Toronto apartment tower Wednesday night, say they called police to help her get through a mental health crisis and instead she ended up dead.

The Special Investigations Unit (SIU) said Toronto police were called to an apartment building near High Park Avenue and Bloor Street West, at around 5:15 p.m. for a domestic incident.

Toronto police Chief Mark Saunders said officers were called to the apartment for an assault that had just occurred.

“I won’t speak to the parties involved – I listened to the call it sounded rather frantic and there was a need for police to be there,” he said, adding officers arrived four minutes after they were dispatched. 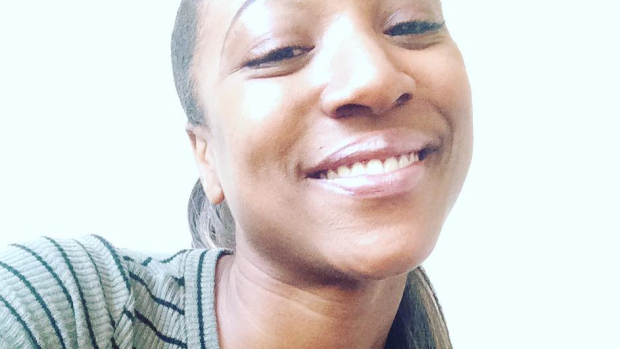 “Claudette pleaded with police to provide assistance to her daughter – to bring her to CAMH (Centre for Addiction and Mental Health),” Singh said.

Police arrived and spoke to the three of them.

Singh then said Korchinski-Paquet asked to go to the washroom inside her apartment and went inside. Several officers followed her in while another blocked her mother and brother from entering.

An officer then came out into the hallway, and said that Korchinski-Paquet was either on the neighbouring unit’s balcony or on the balcony below her unit.

Then another officer told Korchinski-Paquet’s mother that her daughter had fallen to the ground.

“How can a call for assistance turn into a loss of life,” Singh said. “The family is extremely concerned that in recent times, people with mental health distress issues across North America are ending up dead after interactions with the police.”

Beals-Clayton said she just wanted to secure some help for her daughter.

“I asked the police yesterday if they could take my daughter to CAMH and my daughter ended up dead,” she said, fighting back tears. 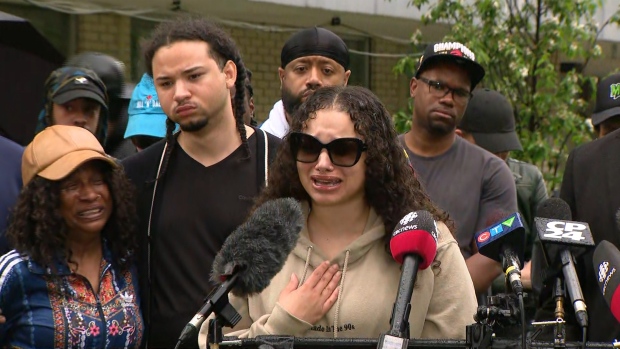 Korchinski-Paquet’s brother Reece Korchinski said numerous officers responded to the call and he wondered why.

“I don’t know the exact number but there was a lot of them,” he said Wednesday night. “To go into the unit after one female, for what?”

Korchinski-Paquet’s cousin told CP24 he does not believe she would harm herself.

“Exactly, my cousin’s not jumping. She’s a Christian woman, she’s not doing suicide, that ain’t what we do, we don’t do that, we ain’t killing ourselves, that’s number one, 100 per cent,” he told reporters Wednesday.

Singh said it is suspicious that there is even a suggestion from anyone that Korchinski-Paquet jumped off her apartment balcony, as she had been asking building management for weeks to install a mesh enclosure around it.

He said that he was not aware whether any of the Toronto police’s Mobile Crisis Intervention Teams, designed specifically to respond to calls involving mental health crises, were ever asked to attend the apartment before Korchinski-Paquet fell to her death.

Singh said his clients believe police should have taken into account the mental health of Korchinski-Paquet over all else, and said that people of colour who also suffer from mental health issues disproportionately become victims of police violence.

“When you intersect mental health and colour – you get an even higher percentage (of incidence of violence by police).”

Saunders offered his condolences to Korchinski-Paquet’s family and urged patience as the SIU conducts its investigation.

“My fear is that misinformation, when we don’t have an opportunity to speak, can lead to negative comments. I urge the public to please wait for the facts to come out.”

Saunders said the officers involved were not wearing body cameras.

For its part, the SIU says it is aware of the allegations made against responding officers and wants more people to come forward to speak to them about it. 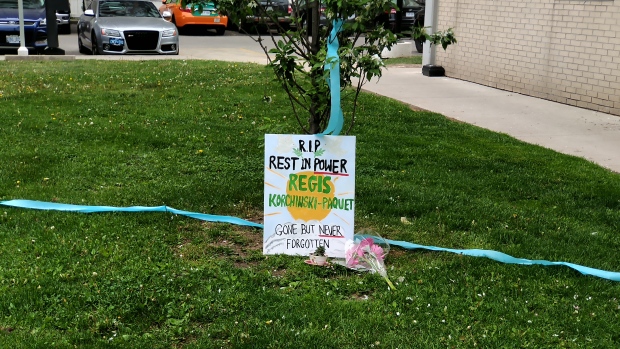 "The SIU is aware of allegations made by certain family members of the deceased and will be looking to speak to anyone with information about these allegations," the agency said Thursday.

Pastor Roy Dawson of Peace Community Church of Jesus Christ told CP24 that Korchinski-Paquet would help “at every cookout” with his congregation, often with her mother.

"She always was positive, she loved children, she was thorough and she was always very positive," Dawson said.

"She just had such a beautiful smile."

Four SIU personnel, two investigators and two forensic experts, have been assigned to probe the case.

Toronto Mayor John Tory released a statement extending his condolences to the family and friends of Korchinski-Paquet.

"I know her family have raised questions about her death and want answers about what has happened. We all want and need answers when a tragic death happens in our community," said Tory, who also expressed support for the SIU's independent investigation and said he understands it can be frustrating to wait for answers.

Regis Korchinski-Paquet was a 29 year old Black woman who lived in Ward 4. I will be watching the @SIUOntario closely. Her family deserves answers, as do we all. #JusticeForRegis.

The city councillor for the High Park ward, Gord Perks, said he is awaiting the SIU’s findings and that her family “deserves answers.”

The SIU is called to investigate any incident involving an Ontario police officer and a member of the public that results in death, serious injury or an allegation of sexual assault.