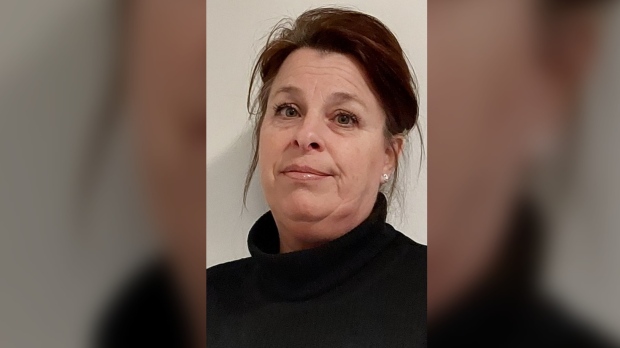 Donna Price is seen in an undated handout photo. Price says she was woken up by police early Tuesday morning who said her 29-year-old son had been found dead. Hours later, he was discovered alive and well at home. THE CANADIAN PRESS/HO-Donna Price

DIEPPE, N.B. - A mother in New Brunswick is still reeling after she says she woke up Tuesday morning to news from the RCMP that her son had died, only to discover hours later that police had made a mistake.

Donna Price said her 29-year-old son has grappled with homelessness and mental health issues, adding she believes a disregard among police for people experiencing these issues contributed to the RCMP's error.

Price said Saturday she intends to file a lawsuit against the force to ensure that police follow proper protocols to identify deceased people and notify their families, no matter what their life circumstances may be.

Price declined to name her son in order to protect his privacy.

The ordeal began some time after 1 a.m. on Tuesday when Price said she heard knocking and looked outside to see lights from a police vehicle outside her home in Dieppe, N.B. She invited the two young RCMP officers in and they told her her son had died of an overdose in the nearby city of Moncton.

Grief-stricken, Price phoned his father and siblings to relay the devastating news, and they all came over in the middle of the night. Later in the morning, she delivered the news to her elderly parents.

When the coroner's office called to ask if she wanted her son to be cremated and to request his identification, Price said she called someone else to go to his home to retrieve the information, as well as any mementos she could keep.

That person found her son at home safe and alive, she said.

“I literally asked them 10 times because I was in disbelief,” she said. It had been 13 hours since police first knocked on her door.

Price was composed as she recounted her own story, speaking clearly and carefully. But her voice broke when she spoke of the family of the man who died.

“That family who is grieving today was robbed of 13 hours,” she said. “Those were not our hours to take. That belonged to them, to gather their family and to grieve as a family. I feel they've been robbed.”

Price said she had many pointed questions when she phoned the RCMP to say they'd made a mistake, but the force didn't answer them. They also asked her to provide proof of life for her son, she said.

A sergeant and constable came to her house later that afternoon and they apologized, but only after she pressed them for more information, she said. Ultimately, she was told that officers took pictures of the deceased man and sent them around the force. One or more members said they recognized the man as her son.

“If this was how police were identifying deceased persons, we all should think twice. But it's not,” Murphy said in an interview Saturday. “If this had been a pin-striped suited businessman in the north end or something, I'm pretty sure it wouldn't have been this lax.”

Murphy will represent the Price family in the lawsuit they intend to file, though he said no paperwork has yet been submitted to the court.

“This shouldn't happen to any other family, and it shouldn't have happened to the family of the deceased,” he said.

Guillaume Belanger of the New Brunswick RCMP said Saturday that the force was aware of the mistake, but he could not comment further on the case.

In the meantime, Price and her family are left to deal with many conflicting emotions.

“We don't know how to feel. We're very elated, very sad. We're very confused,” she said. “We're just trying to just go through the motions and be kind to each other.”

Price said she hopes the case will also prompt the municipal and provincial governments to do more to protect Moncton's vulnerable populations. The man who died had been turned away from the city's shelters that night because they were too full. He'd survived an overdose at a prevention site earlier on Monday morning, and staff members there couldn't find him a warm place to sleep.

“There are resources out there. Allocate the money where it's needed,” she said. “It's getting cold outside. They can't stay outside.”