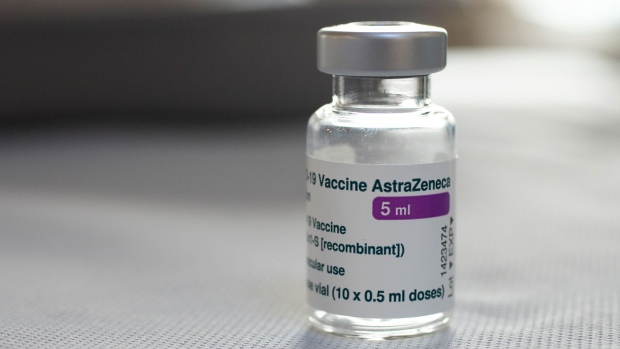 A vial of AstraZeneca vaccine against COVID-19 sits on a general practitioner's table during a vaccination campaign in Amsterdam, Netherlands, Wednesday, April 14, 2021. (AP / Peter Dejong)

The National Advisory Committee on Immunization is weighing whether to change its recommendation that Oxford-AstraZeneca not be offered to those under 55.

Provinces brought in the age restriction in response to rare cases of blood clots in younger people who had received that shot.

One such reaction has been reported in Canada.

But for now, she says anyone between the ages of 55 and 64 should take the shot.

Meanwhile, one of Ontario's top doctors is calling the COVID-19 situation in the province "dire."

This as Premier Doug Ford's government considers new restrictions to deal with an alarming rise in cases.